Business leaders sleep out in isolation for homeless veterans 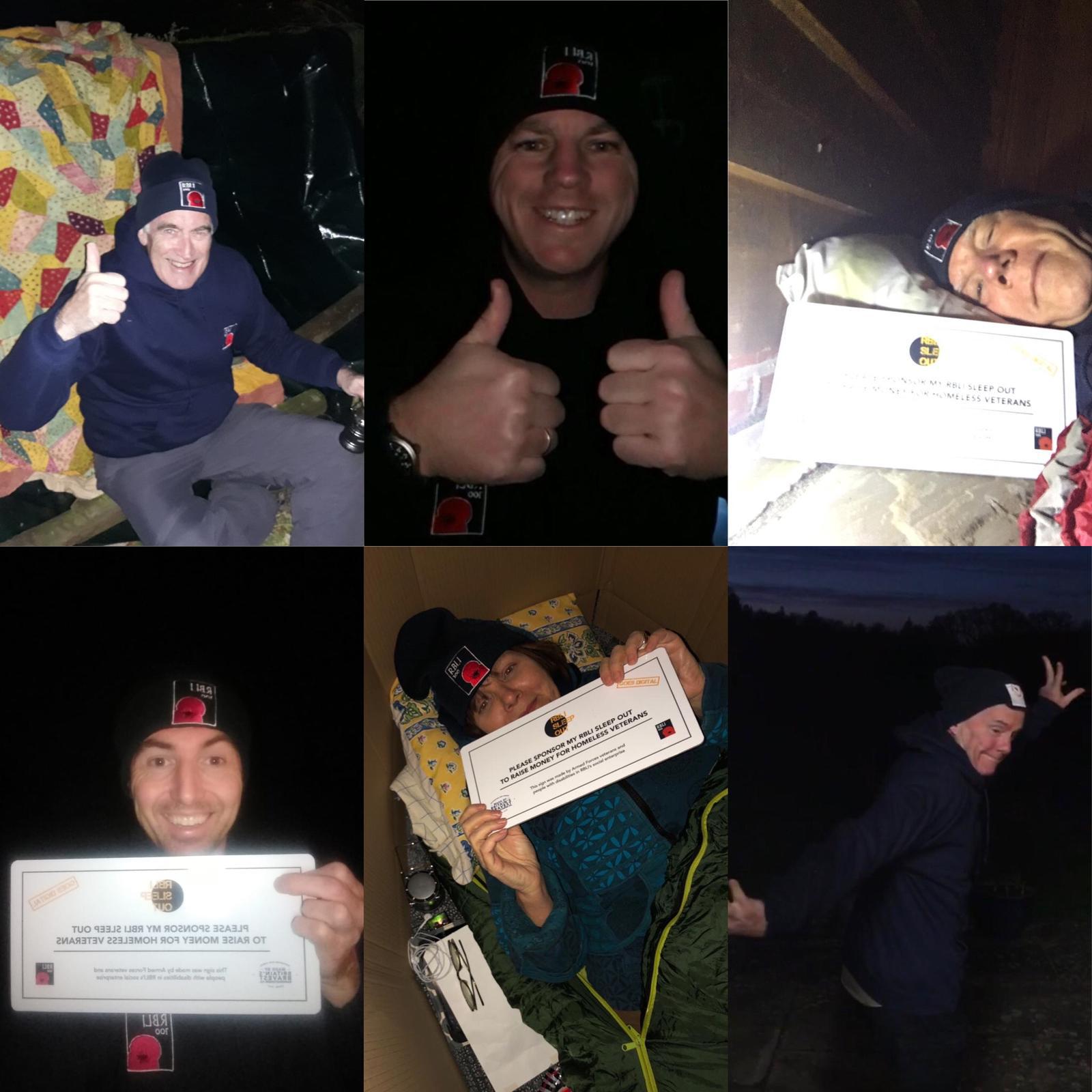 As the nation was put into lockdown, Royal British Legion Industries made last minute changes to a fundraising event which went on to raise more than £12,000 for homeless veterans.

A group of business leaders took part in RBLI’s Sleep Out challenge which saw them bed down outside all night in their own gardens, fundraising through social media to raise the money.

The charity’s chief executive Steve Sherry CMG OBE first called for fellow businessmen and women to join him for the challenge back in January after the military charity took in three homeless veterans one aged 81 over the Christmas period.

The challenge originally planned to see participants kip out on RBLI’s Aylesford village which houses more than 300 veterans and their families including the three veterans who were immediately provided with a home in Mountbatten Pavilion, the charity’s emergency accommodation.

But with the spread of the coronavirus and subsequent lockdown, the charity had to adapt its plans to ensure that its beneficiaries are not left behind.

The group submitted real-time videos to RBLI’s social media pages as they got a glimpse into the harsh reality of a life on the streets including the freezing cold temperature and animals visiting them in the night.

Steve Sherry said: As people are told to isolate in the comfort of their homes, it’s important to recognise that many who served our country will be left in isolation on the streets. This simply cannot happen and we wanted people to know that RBLI is still here for them.

Unfortunately, it’s very difficult to know just how many homeless veterans there are across Kent and many will not know of the services available to them at RBLI. Here we provide every veteran with the accommodation, welfare and  eventually employment support to help move them back towards a fulfilled and independent life.

So In light of the recent developments, we wanted to deliver on this event as best we could, recognising what unfortunately far too many veterans have to endure.

It’s imperative that, as a charity who has supported the country’s most vulnerable veterans for the past century, we continue to do all we can to support those most in need even at this challenging time.

The group have raised more than £12,000 to date and are still accepting donations.

To donate to RBLI in support of homeless veterans at this important time, visit www.justgiving.com/campaign/rblisleepout