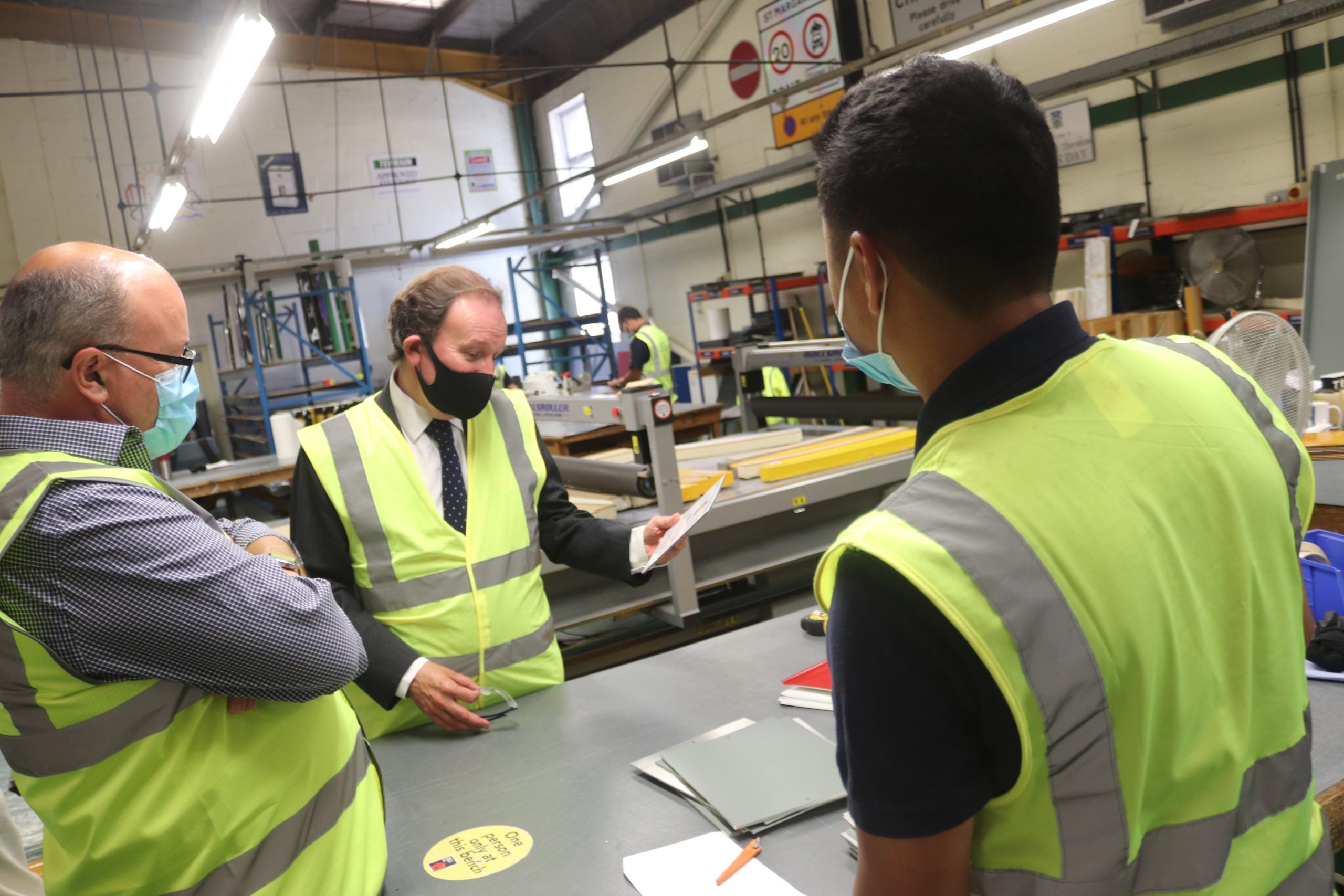 The factory, which employs more than 100 people – 70% of whom are veterans or have a disability – saw its staff declared key workers during the lockdowns for their role in supporting the country’s infrastructure projects through their making of road and railway signs.

The team, who provide signs for Highways England and Network Rail, have worked with Kent County Council before producing many of the road and rail signs seen around the county. Since August 2020, the team have produced more than 150,000 signs – amounting to more than 150 miles, which would reach the Normandy beaches in France from their Aylesford base.

At the factory, which is based on the charity’s 75-acre village, Roger was introduced to a team of former Gurkhas who work at the heart of the sign making team – including Afghanistan veteran Anil Gurung who in 2009 lost his leg in a bomb explosion just 20 days before the end of his last tour. Anil and the team made a unique sign for Roger to mark his first visit to the factory in his role as council leader. 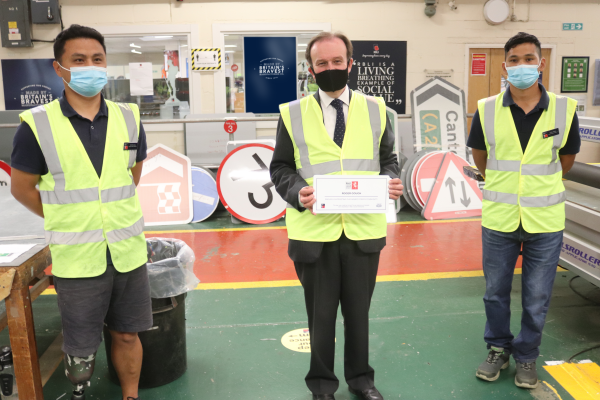 After the factory, Mr Gough then met some of the 300 veterans and their families who call the charity’s village home. The RBLI village, which consists of luxury care homes, family housing and emergency accommodation for veterans at risk of homelessness, is currently undergoing significant expansion

RBLI’s Centenary Village project is a £22 million development will see the charity support hundreds more veterans every year for the next 100 years through an additional assisted living facility for older veterans as well as specially adapted housing for younger vulnerable veterans – all based around a community centre which will deliver the charity’s holistic welfare programme.

Kent County Council Leader Roger Gough said: “It has been a real privilege to visit the RBLI and explore the leading work it is doing to support Kent’s military veterans into employment.

“It has always made me proud to know many of the road signs around our county are made by veterans, and I am delighted that we are able to support them by providing work.

“With military activities very much in the news, we are all getting a glimpse into the harsh reality of what it can mean to serve our country.

“It is only right our veterans get all the support they can to be independent. I welcome that together with the RBLI we are providing them with a chance at a second life.”