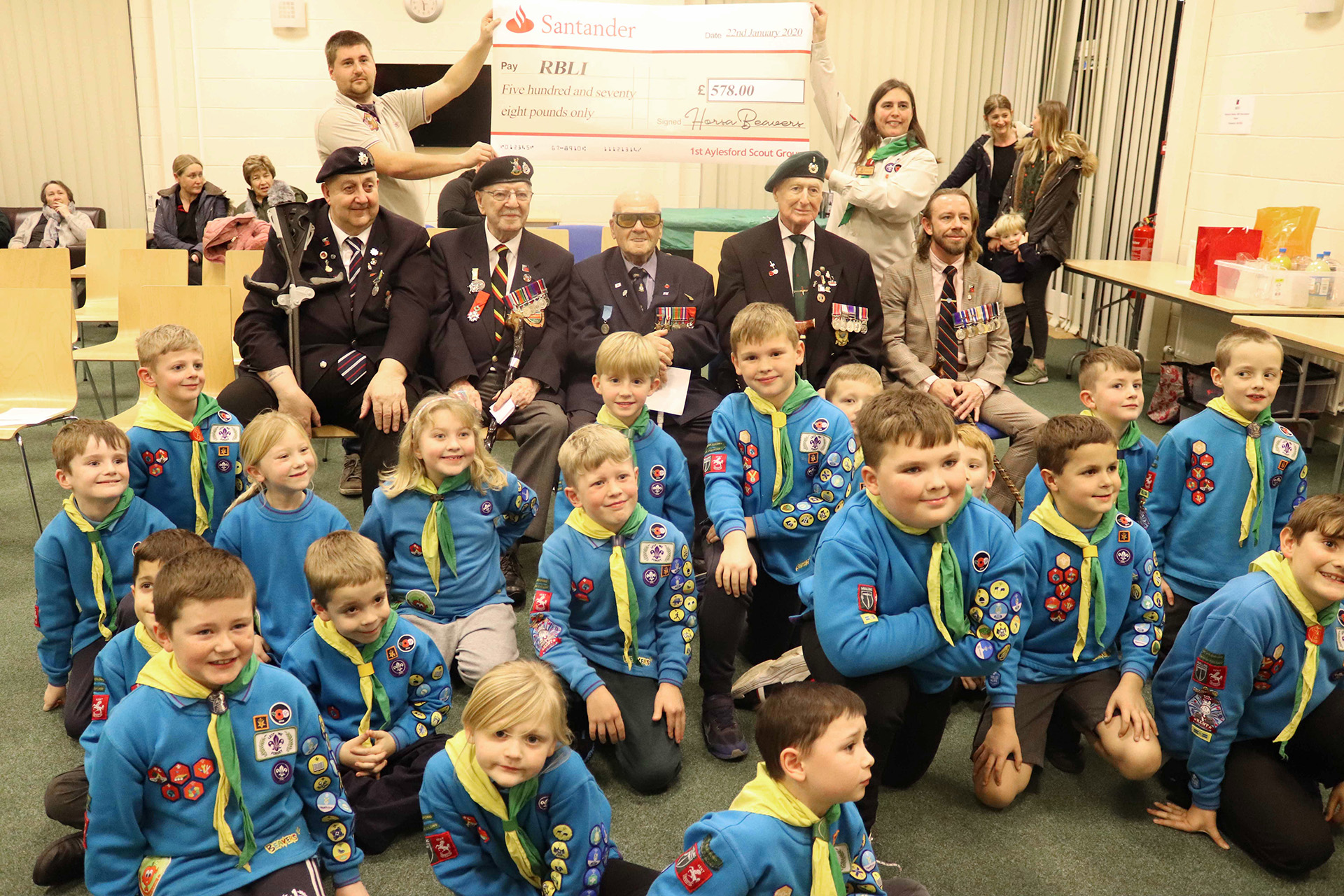 Horsa Beaver’s from 1st Aylesford Scout Group were invited to a special evening held at RBLI’s Capel Morris Community Centre, where veterans from RBLI’s village shared stories of their time in the armed forces and thanked the group for raising over £500.

The Beaver group had been working towards completing stage 1 of their community impact badge. To earn the badge they needed to choose someone to help or support in either their local community or abroad. They came to the decision that they wanted to earn the badge by supporting armed forces both at home and abroad and chose RBLI’s veteran village in Aylesford which supported over 17,000 beneficiaries in 2018/19, including over 1,500 armed forces veterans.

To raise the impressive total they took part in a sponsored virtual climb of the London skyline. Charlotte Blackmore Church, Horsa Beaver’s Group Leader said: We climbed a total of 2005 metres and conquered many of London’s iconic buildings. This alone was very impressive for a group of 6 to 8 year old’s many of whom have never climbed before.

The climb raised an impressive £396, and with thanks to the generosity of local business Cabot Financial who contributed a further £184, as well as sponsoring the Beaver group to take part in the challenge, a total of £578 was raised.

Hayley Reynolds, Community and Events Fundraiser said we are so lucky and appreciative to have the support of our local Beaver group. The veterans were absolutely thrilled to meet them, to answer their questions and they were really impressed with how hard they had worked in order to fundraise for RBLI. We look forward to working with the Horsa Beavers for many years to come.