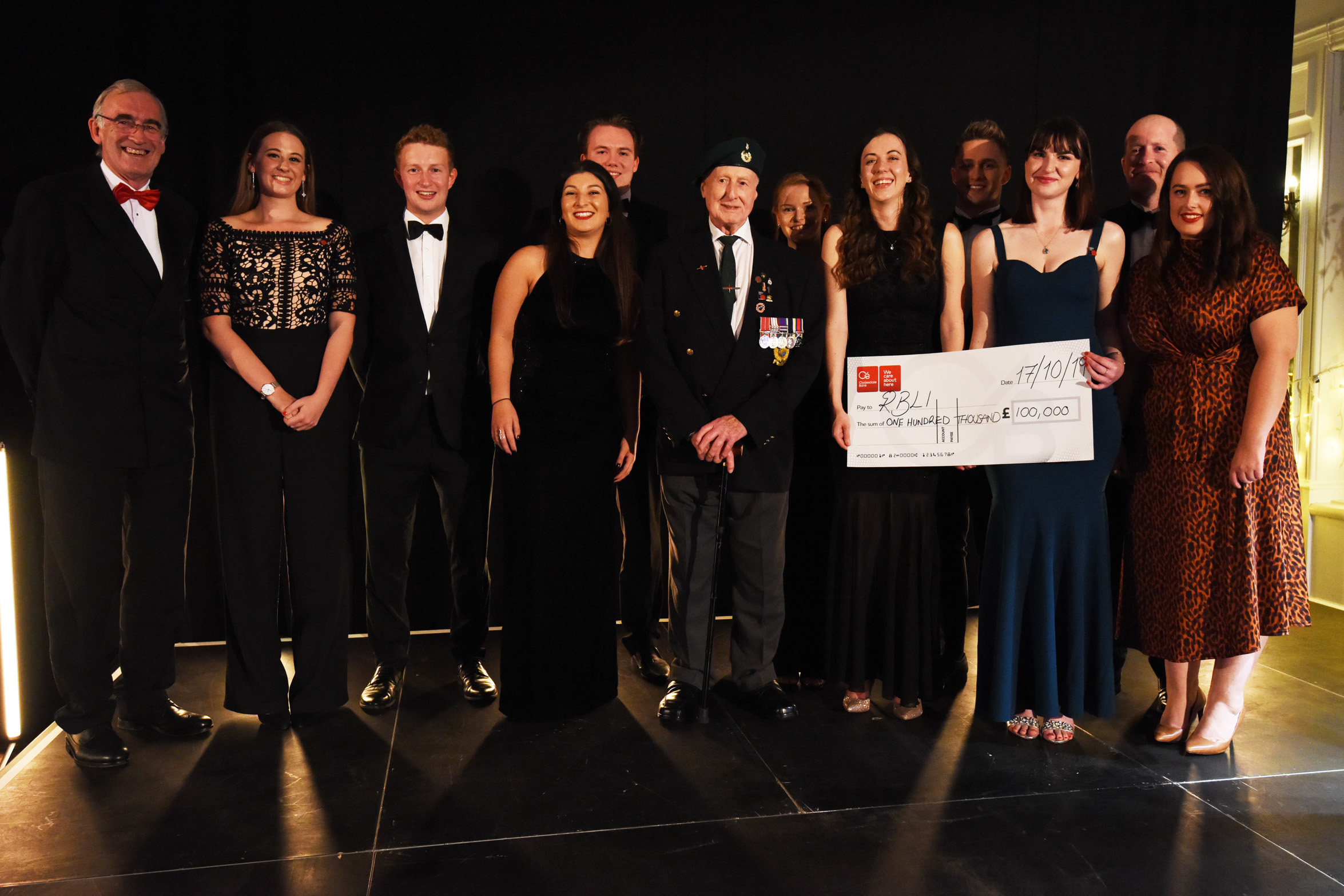 Graduates working for the country’s biggest home builder, Barratt Developments, have raised £100,000 after they organised a fundraising gala dinner held at Birmingham’s Botanical Gardens. The money raised is to build a specialised dementia garden at Royal British Legion Industries care home in Kent.

The 12 graduates smashed their fundraising target of £20,000 to build the dementia garden, with the extra money raised now going towards renovating a home for a vulnerable veteran and their family on RBLI’s Aylesford village.

The Barratt university leavers have been working with dementia specialists and residents of RBLI’s Aylesford village to ensure the garden and courtyard incorporates the latest expert advice and that it suits the needs of the residents.

Placed alongside RBLI’s 50-bed care home Gavin Astor House, the garden will feature raised flowerbeds to ensure the garden is wheelchair accessible. This will all be within a courtyard designed specifically for residents facing challenges due to dementia.

Barratt Developments graduate, Hannah Spencer, who is chairing the project, said: â€œWe are immensely proud to have raised such a phenomenal amount of money for RBLI â€“ a thousand pounds for every year the charity has been providing crucial support to veterans and people with disabilities.

We owe a great deal of thanks to those who have backed our project. Having seen the work of RBLI first-hand, we know their money will have a hugely positive impact on the lives of the charity’s beneficiaries.

Steve Sherry CMG OBE, Chief Executive of Royal British Legion Industries, said: The graduates should be incredibly pleased to have not only formulated a plan for such a positive development but for also having raised more than five times their initial target. The graduates fundraising campaign has been an outstanding success and it only goes to show the quality of talented young men and women Barratt Developments have within their graduate programme.

There is no question that the dementia garden will be an important place of relaxation and a calm for our residents and their families.

This project is the latest in an ongoing relationship between RBLI and Barratt Developments after the home builder donated £750,000 to RBLI’s Centenary Village a £22 million development which the charity says will become a beacon of veteran welfare in the heart of Kent, providing crucial accommodation and welfare support to hundreds of ex-service personnel every year.

Barratt Developments graduate programme employs up to 25 graduates every year. It provide participants with learning and development opportunities which focus on an individual’s leadership skills as well, as helping them gain

an overall perspective of the business.  Graduates also benefit from coaching and mentoring sessions from senior leaders within the business.