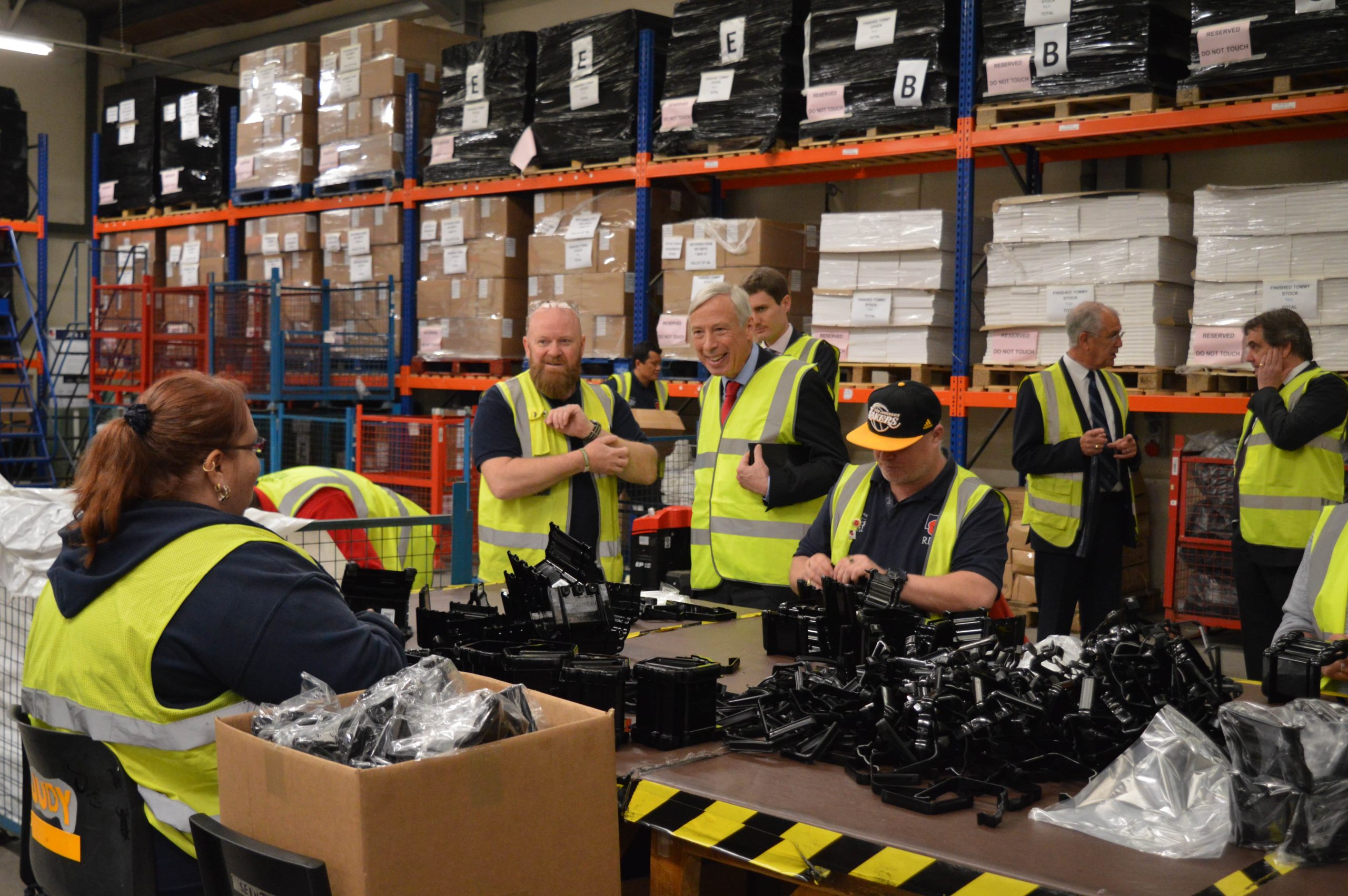 Minister of State for Defence and Deputy Leader of the House of Lords, The Rt Hon Earl Howe, met veterans when he visited Royal British Legion Industries in Aylesford to see for himself the work being undertaken by the charity.

The visit is part of the RBLI’s centenary of supporting former military personnel and people with disabilities, with a focus on employment, training, care, accommodation and support.

Speaking after his visit, Earl Howe, said he was delighted to see first-hand the breadth of support they provide to veterans. The commitment of the staff was deeply impressive as was the impact RBLI is having on the lives of veterans. I wish the charity well with its ambitious plans for the future

Joined on the visit by the RBLI’s Chief Executive Steve Sherry, CMG OBE, the Earl met the team at Britain’s Bravest Manufacturing Company, the charity’s social enterprise which makes road and rail signs, and pallets and provides fulfilment and distribution services.

Steve Sherry said: It was an honour to host Earl Howe and for him to meet many of our team, each with their own personal story to tell about their journey from the military through the RBLI.

The Government through its Armed Forces Covenant Fund Trust has recently earmarked £9m to support mental health and wellbeing activities, and this is to be welcomed.

As a veteran-led and focused charity we see first-hand the need for such support and today was an excellent opportunity to show Earl Howe our commitment to doing everything we can to help improve the lives of our veterans every day.

A key part of the visit showcased the plans for the £14m Centenary Village, with fundraising under way for the new homes, flats and community facilities to be built alongside the recently completed assisted living apartments at Invictus Games House and Victory House, and adjacent Chelsea Barracks Garden.