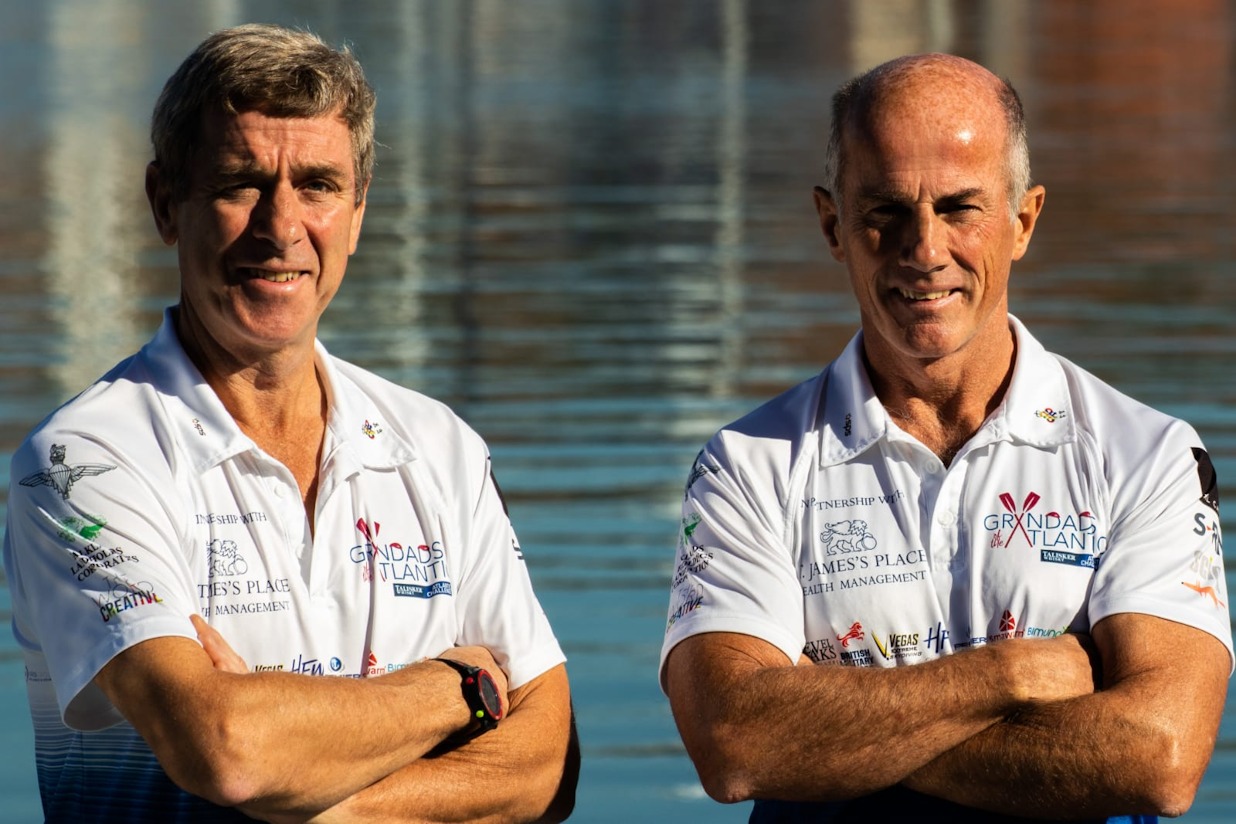 Two army veterans, rowing as the Grandads of the Atlantic team and raising crucial funds for Royal British Legion Industries, have broken a world record by becoming the oldest pair to complete the row across the ocean.

Former paratroopers Neil Young and Peter Ketley, who have a combined age of 123, completed the Talisker Whisky Atlantic Challenge 2018 in 63 days and 22 minutes.

Prior to their year-long training regime, the pair had no previous rowing experience before setting off on their 3,000-mile nautical journey from the Canary Islands to Antigua in the Caribbean in December.

The friends of more than 40 years, whose tours of duty included Northern Ireland and the Falklands, have raised more than Â£30,000 for worthy causes, including Aylesford-based RBLI which is celebrating 100 years of support for veterans and the disabled in 2019.

The money will go to support RBLI’s recently announced plans for a Centenary Village, a £14m development of specially-adapted accommodation for injured ex-service personnel with an on-site community centre, which the charity says will set them up for another 100 years of veteran care.

Grandad Peter, said: â€œThe challenge was an incredibly difficult, but ultimately rewarding experience. Needless to say there were challenging times battling headwinds, significant waves and sore bodies, but knowing we were helping people in desperate need of support certainly perked us up at the low points.â€

Grandad Neil added, We’re incredibly proud to be able to play a role in supporting Royal British Legion Industries in what is the most important year in their history and we very much look forward to seeing how they will improve the lives of the Armed Forces veterans with the funds raised.

The pair were inspired to fundraise for RBLI after visiting the charity’s headquarters and its social enterprise factory Britain’s Bravest Manufacturing Company (BBMC) last year. They plan to return and celebrate their record-breaking achievement with the veterans who spurred them on.

Lisa Farmer, Director of Strategic Development at RBLI, said: We’ve followed the monumental journey of Neil and Peter over the last 63 days and we’re very proud to have them among our supporters.

Breaking the world record and raising such a substantial amount is testament to their unwavering bravery and support for their fellow veterans.

The whole team here is incredibly proud of their efforts. We were with them every step of the way and we very much look forward to welcoming them back to our Aylesford village on their return to the UK.

The Grandads are continuing to fundraise for RBLI, Dreams Come True and Support Our Paras. To support them after their record-breaking journey, visit: Grandads Of The Atlantic