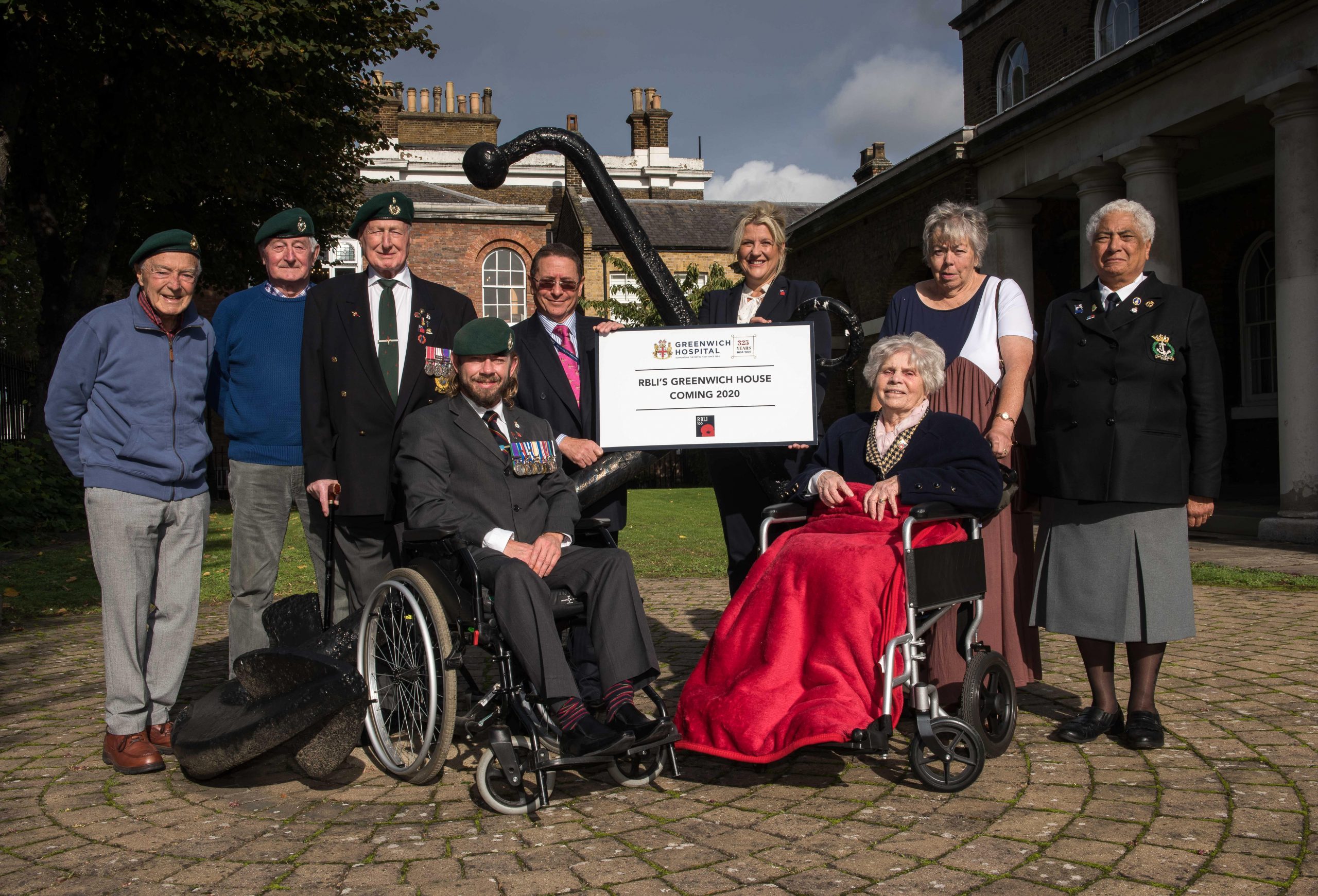 Vulnerable veterans and their families have been handed a lifeline after Royal British Legion Industries Centenary Village appeal received a major £2m boost from Greenwich Hospital which will immediately move the project on to the next stage of development.

To mark its centenary year, Royal British Legion Industries (RBLI), which was formed in 1919 to provide support to sick and wounded soldiers returning from the First World War, launched a £22 million appeal to build its Centenary Village.

Now, thanks to Greenwich Hospital, work will begin later this year on the development which will include 22 apartments, each designed to be fully accessible and house single veterans in urgent need, 16 new family homes, and a further 24 assisted-living apartments. At the heart of the new development, which will sit alongside RBLI’s existing village, care homes and manufacturing facility in Kent, will be a state-of-the-art community centre with accessible gym.

Crown charity Greenwich Hospital, which can trace its history back to 1694, is one of the oldest military charities in the country. It supports serving and retired Royal Navy and Royal Marines personnel and their dependants with benevolence support, educational bursaries, sheltered housing schemes and vital outreach projects across the UK.

In recognition of the charity’s generous donation, the assisted living building at the new Centenary Village will be named Greenwich House.

The new village at Aylesford, near Maidstone, will support hundreds of injured ex-service personnel and their families every year for decades to come through new adapted homes, integrated nursing care, mental health support and access to the charity’s exceptional on-site employability services.

John Gamp, Greenwich Hospital’s Charity Operations Director, said: Providing a better life for veterans of our Armed Forces of both young and older generations is one of the most important issues for society. We can do much more to help people with disabilities and health conditions continue to thrive. RBLI’s Centenary Village, which will offer a truly intergenerational veteran community, is leading the way in tackling this pressing issue.

We are delighted to be partnering with RBLI to deliver these amazing facilities and excellent care services. It is RBLI’s 100 years experience and commitment that has created a true community where vulnerable older people can thrive and enjoy independent and busy lives, and where they can mix with veterans of working age, who are also overcoming health issues and gaining marketable skills.

We can’t wait for Greenwich House to open its doors and create a new home for veterans of the Royal Navy and Royal Marines, and all other areas of the Armed Forces, who need more support to live independently.

Greenwich Hospital’s support for the Centenary Village project is in recognition of the value of diverse communities, which bring together people from across the 3 armed services and across generations to ensure veterans are part of a community where everyone is supported to participate and stay active.

Lisa Farmer, RBLI’s Director of Strategic Development, said: More adapted homes for veterans of all ages from all three services are urgently needed and the Centenary Village will be a place to call home for veterans from all four corners of the UK. We are incredibly grateful for this donation from Greenwich Hospital.

This substantial contribution means we are able to start building this year, and highlights the success that can be achieved in collaboration, and the enduring bonds between military charities that support former service personnel. This bond will be forever commemorated by the creation of Greenwich House.