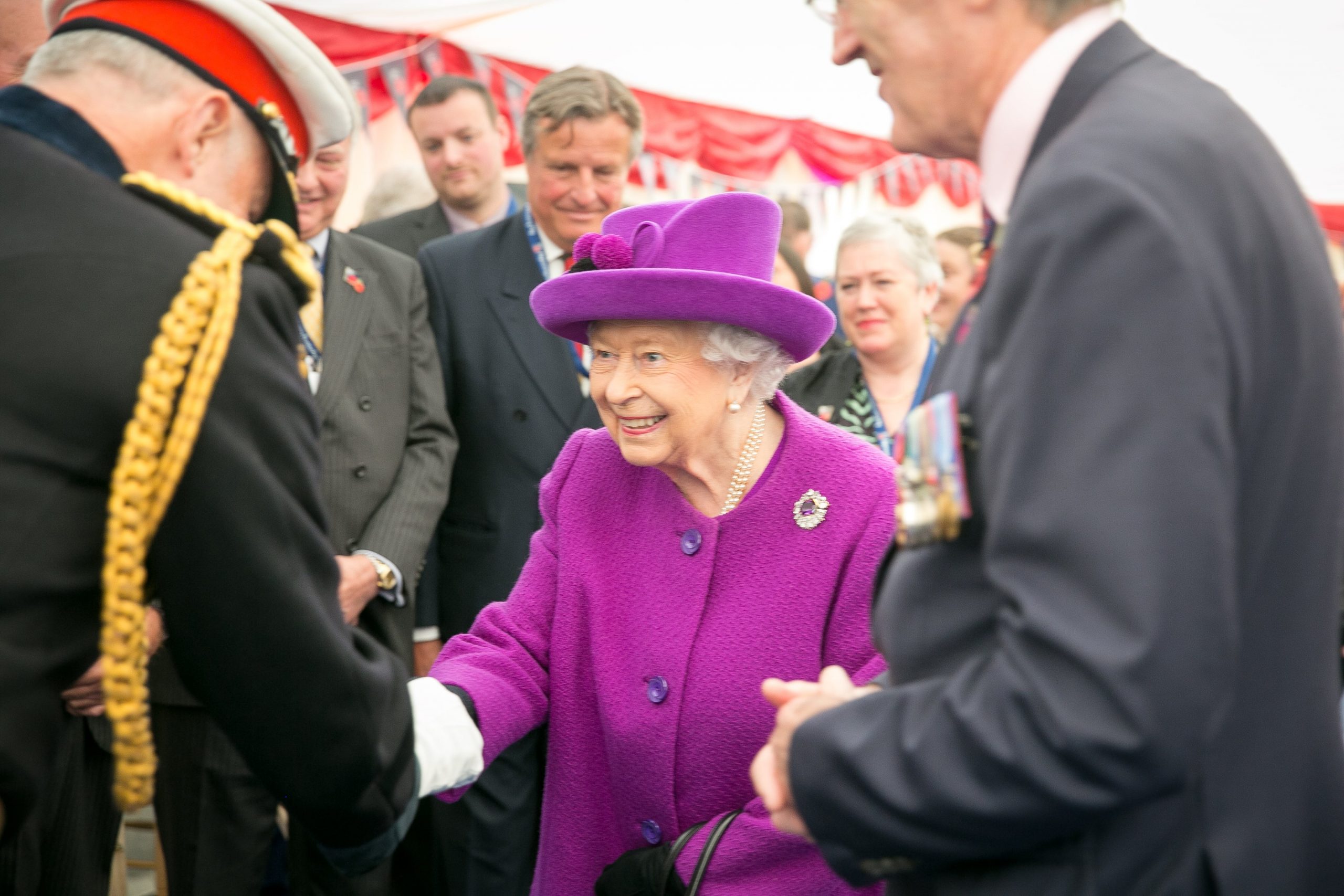 The streets of Royal British Legion Industries (RBLI) village in Kent were lined with thousands of local school children, residents and supporters to welcome Her Majesty The Queen when she marked the charity’s 100th anniversary.

During the visit to Appleton Lodge, The Queen was introduced to 99-year-old WWII veteran John Riggs the first resident of the new luxury care facility and she received a posy from six-year old Rose Flarry, a daughter of one of the RBLI workers.

RBLI, which was formed in 1919 to provide support to sick and wounded soldiers returning from the First World War, launched a campaign in 2019 to build the Centenary Village a veterans community comprising family homes, assisted-living apartments and a community centre, which the charity says will see them support hundreds of the most in-need ex-servicemen and women every year for another century.

Having first visited RBLI in 1975, The Queen marked her return with a tour of the completed first phase of the Centenary Village, which includes 24 specially-adapted apartments for wounded former military personnel.

The Queen submitted a letter to the time capsule, to be opened in 100 years time.

The Queen’s letter said: I wish to congratulate Royal British Legion Industries on their Centenary, and their support of veterans over the past 100 years. Today is a moment of celebration, but also a time of reflection on the sacrifices the Armed Forces make in times of need. I send my warmest best wishes to RBLI and all who support them.

Work will begin immediately on the second phase of the Centenary Village. When complete the latest development will add a further 22 apartments, each designed to be fully accessible and house single veterans in urgent need, plus 18 new family homes, and 24 assisted-living apartments. At the heart of the new development, which will sit alongside RBLI’s existing village, care homes and manufacturing facility in Kent, will be a state-of-the-art community centre with accessible gym.

The Queen was also introduced to RBLI representatives from the charity’s on-site social enterprise, Britain’s Bravest Manufacturing Company (BBMC) and the Employment Solutions and LifeWorks teams. The BBMC factory, which employs 70 veterans and people with disability, produces road and rail signs, and wooden products. A team of injured Gurkhas working at BBMC produced and presented a bespoke sign for The Queen.

After meeting residents, employees and supporters of RBLI, the Queen departed after being presented with a posy by eight-year old Libby Miller.

Brigadier Steve Sherry CMG OBE, Chief Executive of Royal British Legion Industries, said: One hundred years ago, a group of philanthropists and forward thinkers came together to set up a community encompassing homes, welfare and employment to support vulnerable veterans. We’re immensely proud to still be doing this today.

This century of experience has culminated in our most ambitious project yet, the Centenary Village, which will place us at the very forefront of veteran support, ensuring RBLI is there for those who need us most for another century to come.

Whilst we have moved closer towards our goal, we are still not there yet. We are delighted that Her Majesty’s attendance marks the beginning of the next stage of this exciting development.

We still require the support necessary to complete this nationally significant project, to ensure veterans both young and old have a community to turn to for the next 100 years.

RBLI has raised £16.5 million of the £22 million needed to complete the Centenary Village project. To learn more about the project, visit: www.rbli.co.uk/centenaryvillage