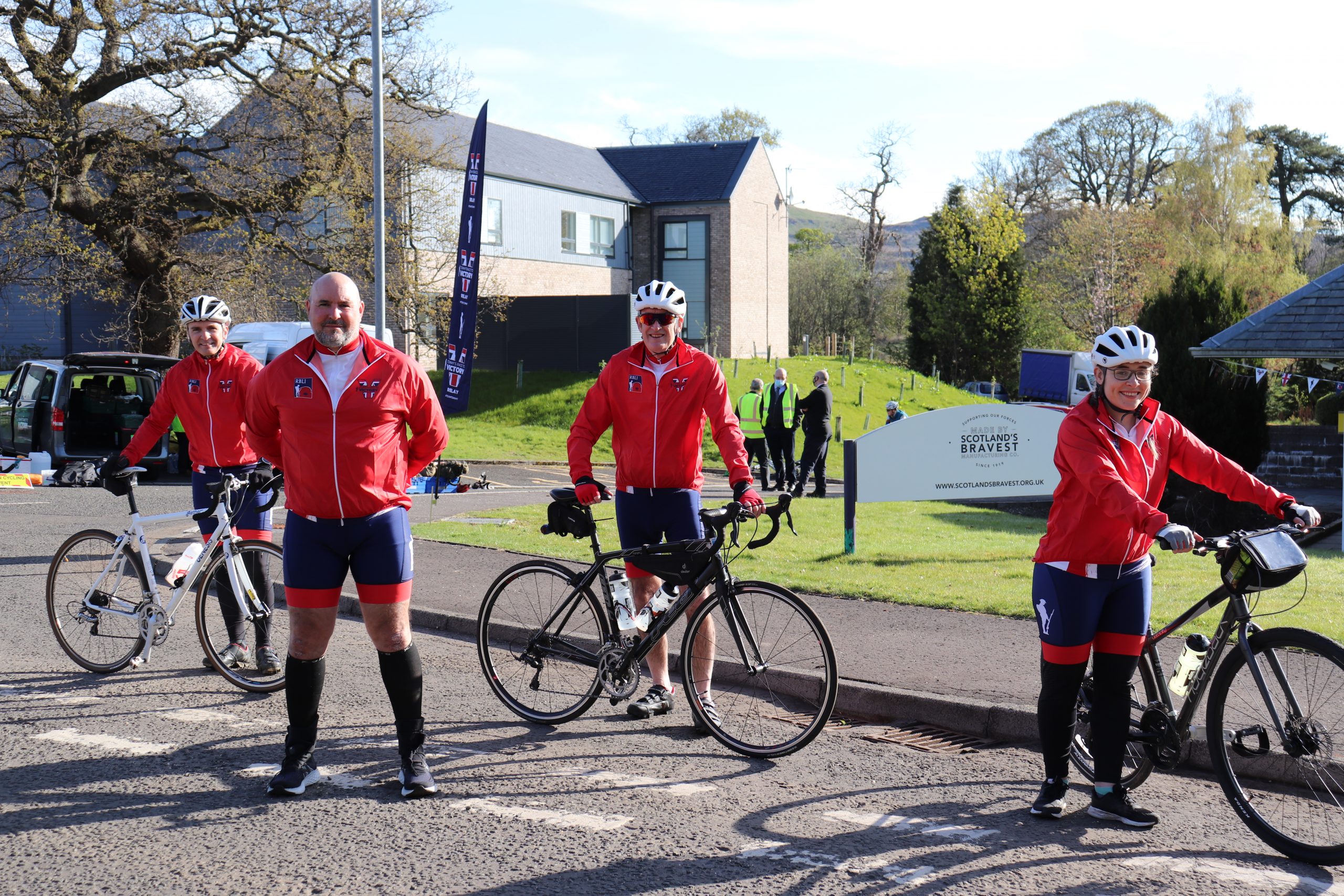 The former head of the British Army Lord Dannatt is calling for the country to rally behind a team of military veterans and currently serving personnel who are undertaking a gruelling 800 mile UK-wide challenge in celebration of this year’s anniversary of VE Day.

On route, the team will be stopping at cities and key military locations, presenting specially-made VE Day Tommy figures, made by injured veterans working in RBLI’s factories, to notable members of the local military community.

The team, which includes RBLI’s chief executive Steve Sherry CMG OBE, will also be carrying a specially-made silver Tommy soldier figure, created by those same veterans, relaying the figure around the country as a sign of national unity in the run up to the anniversary of the end of the war in Europe. The Tommy can be tracked via a live GPS signal available at http://live.opentracking.co.uk/rbli2021/

Lord Dannatt and RBLI are calling for the public to show their support for the event, bringing back their incredibly successful Tommy in the Window campaign, which sees people place veteran-made VE Day Tommies in their windows in celebration of the anniversary.

Every penny raised from the sale of these Tommies, which are available via the charity’s online shop, goes directly to supporting veterans through RBLI’s wide range of welfare, accommodation and employment support services.

To raise further funds for the country’s most vulnerable veterans, the charity has launched a wider Tommy’s Race to Victory fundraising campaign which sees members of the public sign up to run, cycle or walk 25km, 50km, or 100km during the month of May.

Meanwhile RBLI has also joined forces with long-term collaborator Morrisons supermarkets who on 29th April are launching their own Afternoon Tommy Tea Box, available via their website. The box, which features products from Morrisons ‘The Best’ range, including All Butter Sultana Scones, Strawberry Conserve and Sparkling Sicilian Lemonade, will also support the charity’s services with £1 from every box sold going directly to RBLI.

Tommy’s Race to Victory challenge was borne out of last year’s muted celebrations of the 75th anniversary of VE Day as well as recent research conducted by RBLI revealing the impact the pandemic had had on military veterans.

RBLI’s research found that one in 10 veterans feel that their mental health has been significantly impacted due to the Covid-19 pandemic.

Over 30 per cent of those polled identified social isolation and loneliness as the biggest factor contributing to their declining mental health, whilst nearly a third (27.5 per cent) of veterans also said their alcohol consumption increased at this time.

Former head of the British Army, Lord Dannatt, who is also president of RBLI’s Tommy Club, feels that the nation must make every effort to make up for last year’s lost celebrations, whilst also recognising the challenges the veteran community have faced over the past year.

Lord Dannatt said: “The charity will kick off celebrations the week before VE Day, hosting the first ever Tommy’s Race To Victory event, in which military veterans – some of whom have life-changing injuries as a result of their service – will run and cycle over 800 miles in the lead-up to the anniversary.”

“VE Day marked the end of the war in Europe and is now a day to honour those who have done so much for our country. Due to the pandemic, planned events for last year’s 75th anniversary of VE Day were significantly scaled back and we owe it to ourselves as a nation to ensure that such notable moments are still given the recognition they deserve.

“That’s why RBLI are putting VE Day firmly back on the map this year, with a truly national celebration right the way from Scotland to London with ‘Tommy’s Race to Victory’.

“Commemorating VE Day is a fantastic way to showcase our great nation’s community spirit that was so powerful in 1945, and continues to be today. And all the while raising vital funds for RBLI, who for more than 100 years have provided a home to military veterans and the crucial employment opportunities they need to lead fulfilling independent lives.”

“So we’re encouraging the public to get involved however they can – buy a Tommy figure and put Tommy in your window, or join the Race to Victory fundraising campaign – to see vital funds go to RBLI to help support more veterans who need it now more than ever.”

To find out more about RBLI’s VE Day celebrations, Tommy’s Race to Victory, and to buy your own specially made Tommy figure, visit www.rbli.co.uk/VEDay