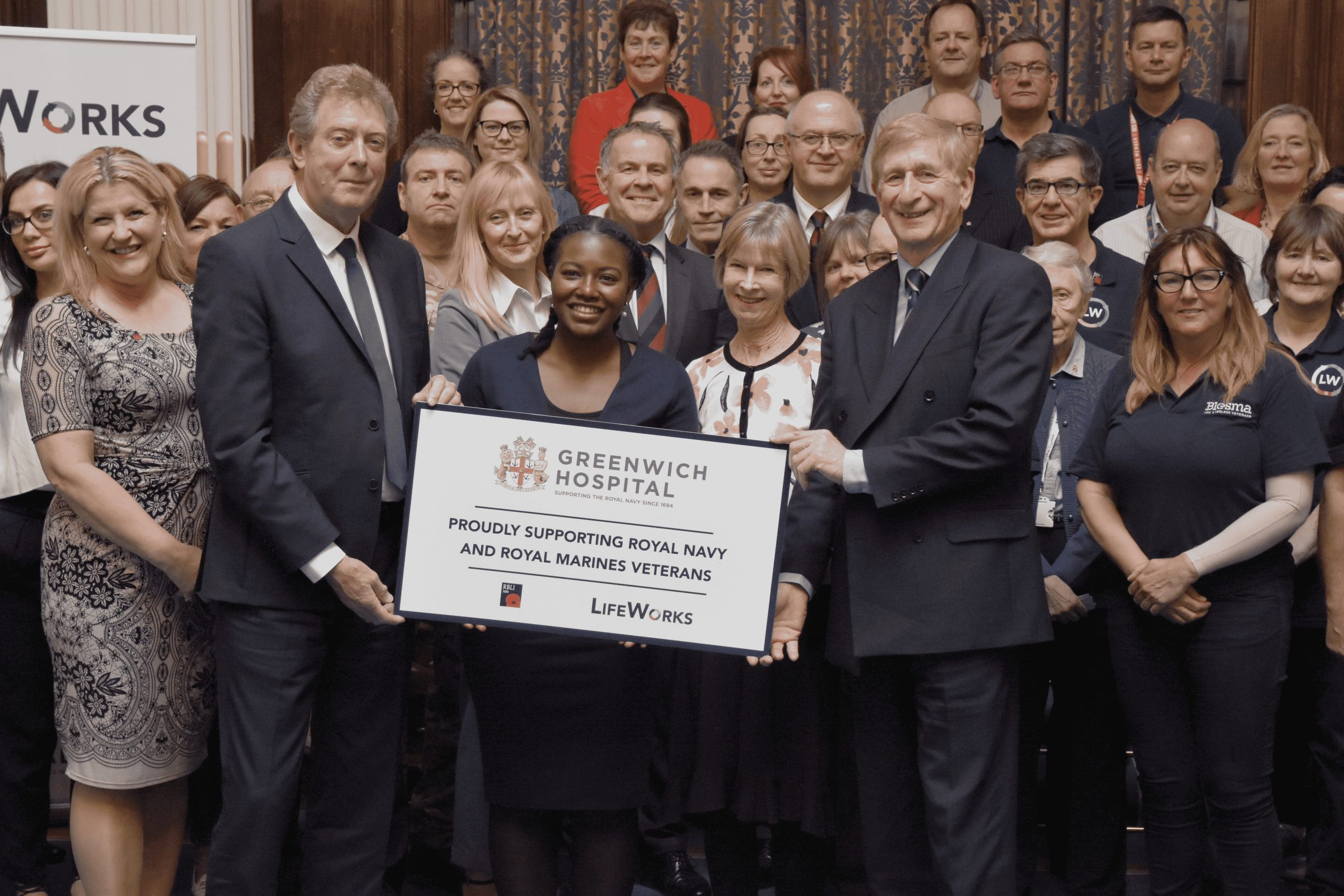 A disabled Royal Navy veteran has hailed a charity’s employment support programme, which is to launch in Hull following support by Greenwich Hospital and Hull City Council, after it gave him the drive to start his own business.

Russ Kirby, of Barton-under-Humber, left the armed forces after less than five years of service when a serious accident left him with a paralysed left arm.

The 58-year-old found himself unemployed in 2018 for 6 months before then travelling to Sheffield to take part in RBLI’s LifeWorks programme, a 5-day course which supports veterans with CV writing, job hunting and the transition to the civilian world

The programme gave Russ the skills and confidence to set up his own business mounting people’s personal treasured items, called RussMountsStuff.

LifeWorks, has supported more than 1,300 veterans across the UK, 83% of sign-ups find employment, training or volunteering with 12 months. Almost 80% of attendees have physical or mental disabilities, such as loss of limb or post-traumatic stress disorder.

Launched today at Hull City Council’s Guildhall, the programme will now come to the city for the first time since in line with RBLI’s centenary year after financial backing from Greenwich Hospital.

This backing, RBLI says, will provide a lifeline to the 32,000 veterans in the East Riding area should they be struggling for work. A 2014 survey found that British veterans are more than twice as likely to be unemployed as their civilian counterparts.

Speaking at the launch, Russ said: “This programme has quite honestly been a lifeline to me. I was in a really low place and, being an ex-serviceman, you just don’t think there’s anyone out there who can help you. I’m incredibly pleased to say LifeWorks has now come to Hull. I would encourage any veteran who feels like they can’t find their way in the world of work to reach out for help from the LifeWorks team.”

Hugh Player, Director of Greenwich Hospital, said: “Hull is a city proudly steeped in military tradition. We are incredibly proud to have joined forces with RBLI to be able to support veterans in search of employment in this city.

As a charity, we are committed to supporting genuinely life-changing opportunities to naval veterans and we are confident that the LifeWorks programme will have a hugely positive impact on the veterans of Hull.”

Emma Hardy MP for Hull West and HessleÂ said: “Our servicemen and women are tremendously dedicated to our Armed Forces, with many facing ongoing physical or mental challenges as a result of their sacrifices.

They deserve every possible avenue of support following their departure from the Armed Forces to aid them in their search for employment.

I am therefore immensely pleased to know that RBLI’s successful LifeWorks programme will now support veterans in my constituency and the wider Hull area, thanks to the backing of Greenwich Hospital.”

Councillor Alan Gardiner, Hull City Council’s Armed Forces Champion, said: “We are delighted that the LifeWorks programme is taking place in Hull this June, and is open to anyone who has served in the Armed Forces, regardless of when, where or how long they served.

We know the initiative has been very successful in helping veterans find work previously so I encourage any ex-Forces personnel, who are looking for work, to find out if the programme could help them.”

Lisa Farmer, RBLI Director, said: “For the vast majority of veterans, the transition to civilian life is straight forward.

However, for far too many, when coupled with life-changing injuries or mental health problems it can be incredibly challenging.

LifeWorks has time and time again proven to provide tremendous support to these veterans and play a crucial role on their journey towards greater independence.

We are incredibly grateful for Greenwich Hospital for having supported the programme and made it possible for us to deliver in Hull.”

The course has come to Hull in line with RBLI’s 100th year, having been established in 1919 to support troops returning home with life-changing injuries and illness.