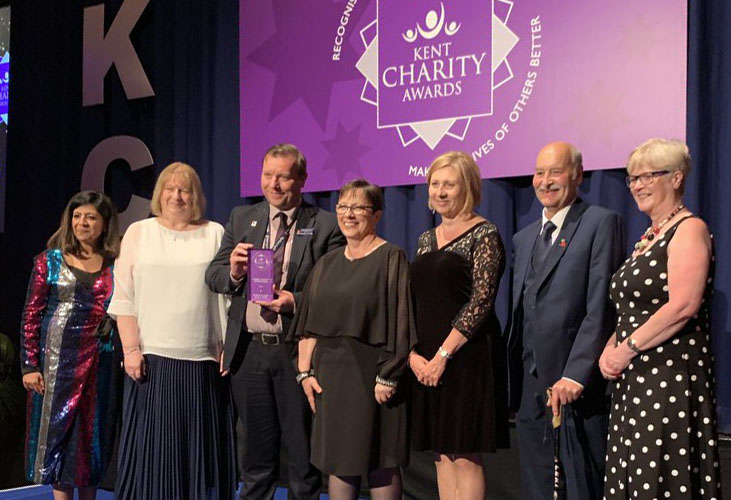 The work of the team at Royal British Legion Industries (RBLI) in Aylesford has been recognised with a major award at the recent Kent Charity Awards.

RBLI was crowned the county’s Large Charity of the Year, in recognition of its social enterprise Britain’s Bravest Manufacturing Company, as well as the work of the teams providing training and employment support, social care and accommodation.

Commenting on the award, RBLI’s Chief Executive Steve Sherry, CMG OBE, said: “Winning the award is a major boost for everyone at the charity.

Being recognised as the best large charity in the county is testament to the hard work everyone at RBLI does for veterans and people with disabilities which is helping improve lives every day. We are very proud to have won.”

The award comes as RBLI celebrates its centenary, having been founded in 1919 when British troops were returning from the battlefields of Northern France and Belgium and needed support.

In addition, Roger Judge, a member of the RBLI volunteering team who provides a listening ear and practical advice and tips to veterans and families, reached the finals in the Volunteer of the Year category, so it was a rewarding evening all round for the Kent charity.

The team from RBLI joined senior representatives from other charities and voluntary organisations operating across Kent, at the awards hosted by ITV Meridian presenter Sangeeta Bhabra and held at the Leas Cliff Hall, Folkestone.