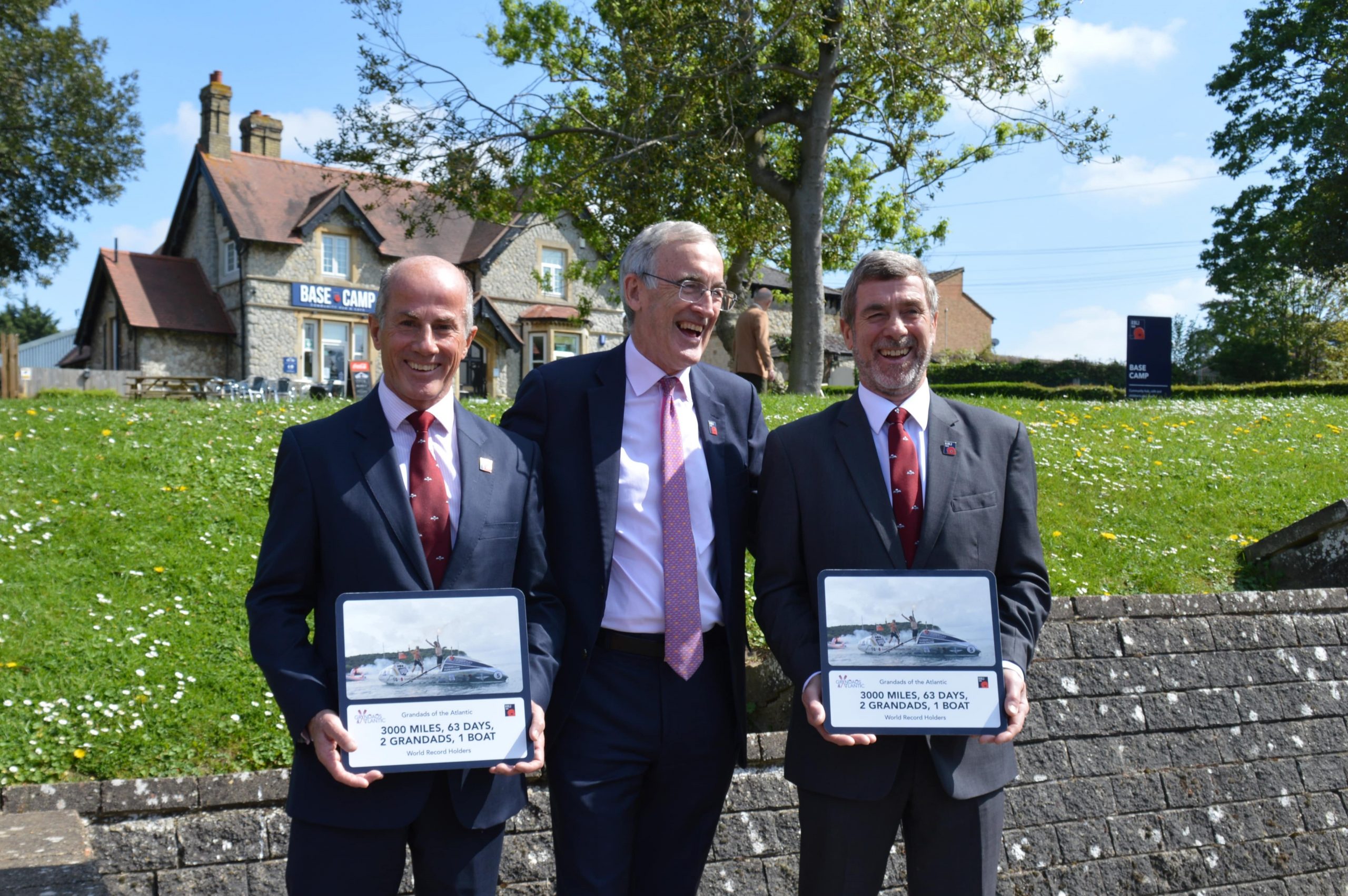 Two former paratroopers who broke a world record by becoming the oldest pair to row any ocean received a hero’s welcome on their return to RBLI where they met some of the veterans their epic challenge will help support.

Neil Young and Peter Ketley, who have a combined age of 123, completed the Talisker Whisky Atlantic Challenge, rowing 3000 nautical miles across the great ocean in 63 days and 22 minutes earlier this year.

The pair visited RBLI’s Aylesford site where it was announced that they are to be the charity’s first Centenary Ambassadors as it celebrates its 100th year since its foundation in 1919.

Welcoming the duo, Steve Sherry CMG OBE, Chief Executive of RBLI, said: Everyone here followed their journey with a combination of admiration and amazement. The dedication, strength of mind, and sheer dogged determination needed to complete such a gruelling challenge is an inspiration to us all.

Today was a fantastic opportunity for Neil and Peter’s fellow veterans to meet them and say thank you for all they have done for RBLI, raising a phenomenal amount of money in the process.

We are so pleased they have agreed to be ambassadors for us in what is a very special and important year. We know they will represent our work with exactly the same great pride and dedication it took to complete this amazing endeavour.

The friends, whose tours of duty included Northern Ireland and the Falklands, raised £50,000 for worthy causes, including RBLI.

The money is going to support RBLI’s plans for a £14m Centenary Village comprising specially-adapted accommodation for injured ex-service personnel. At the heart of the project will sit on-site community centre with state-of-the-art rehabilitation gym, which the charity says will set them up for another 100 years of veteran care.

The duo, who had no previous rowing experience before setting off on their journey from the Canary Islands to Antigua in the Caribbean in December, told their audience at RBLI about some of the extreme challenges they were forced to overcome during their adventure.

Peter Ketley said: Having overcome countless challenges over the course of those two months, we can safely say it was the most difficult but ultimately rewarding experience we have had in our lives.

Neil Young added: We are of course incredibly proud to have become the oldest pair to row across any ocean, but to have raised such substantial funds for worthwhile charities is really what makes it all worthwhile.

The Grandads are continuing to fundraise for RBLI, Dreams Come True and Support Our Paras, including through the sale of their specially-adapted boat. To support them after their record-breaking journey, visit: www.grandadsoftheatlantic.com