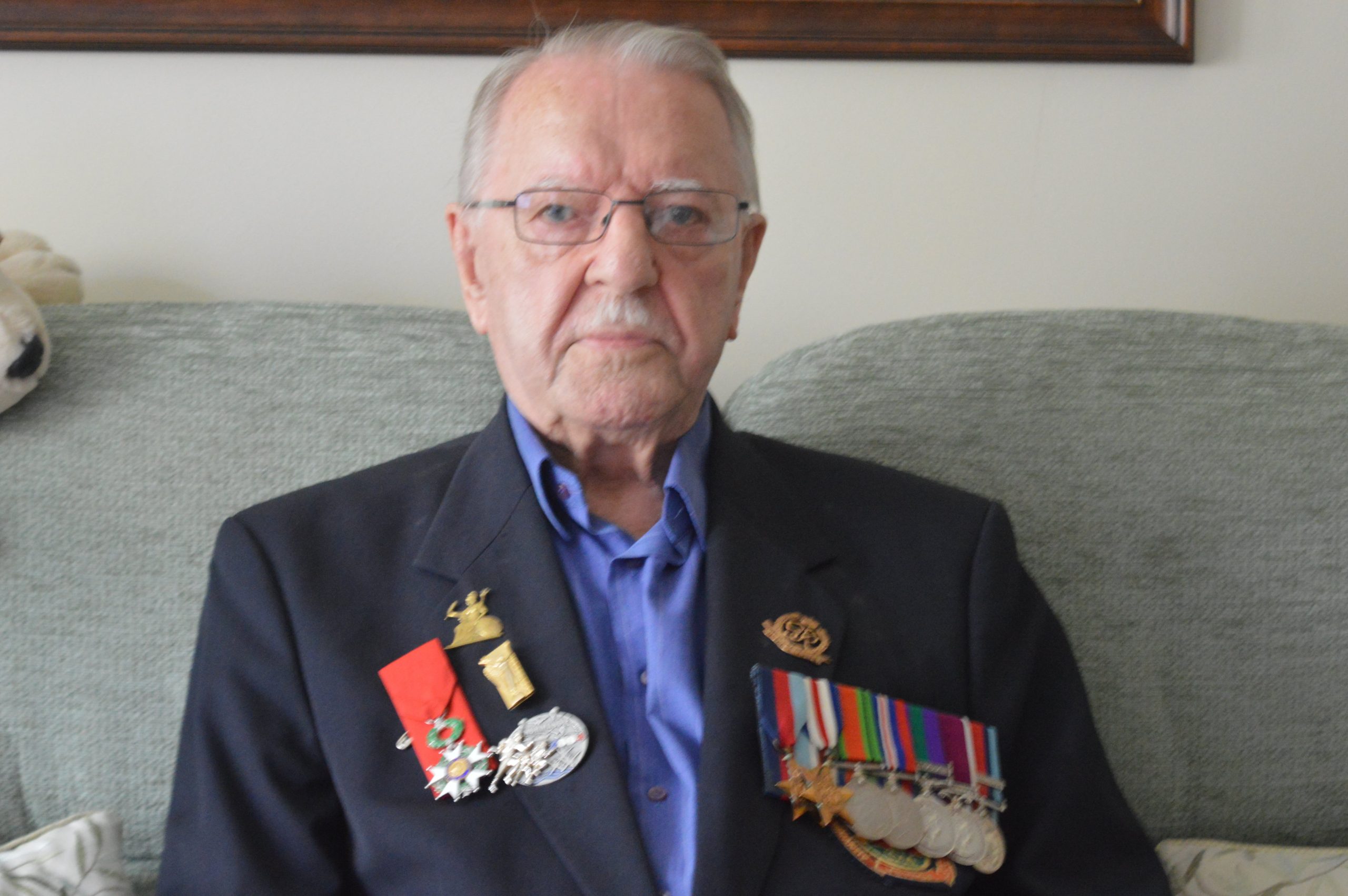 On this day, we recognise the tremendous sacrifice of those hallowed men, who with unrivalled courage and fervent dedication gave their lives to ensure the continuity of freedom across Europe and, ultimately, the rest of the world.

On 6 June 1944, Allied forces invaded Normandy to begin the liberation of the continent from Nazi and fascist occupation.

As many as 14,000 soldiers lost their lives over the gruesome days that followed, it is known to be one of the bloodiest moments in known human history.

Despite the mammoth task ahead of them, those involved prevailed. With an iron will and perseverance through the unimaginable scenes, the allied forces pushed the Nazis back, providing fresh hope for a people downtrodden.

Due to the success of the Normandy Landings, D-Day is known as the beginning of the end of the Second World War.

“We were told we’d be in Caen by the evening. It took us six weeks,” said Charles.

“Most of the time we would dig in trenches. We would find ourselves in water, sleeping in mud and water.

I was proud to be there, it changed my life.”

Charles is now 93 years old, and moved into Queen Elizabeth Court on the RBLI Village in 2018, following the death of his wife who had been battling dementia for several years. They met in 1946, she was serving in the Auxiliary Territorial Service at the time, and Charles was in the Infantry, they married the following year.

Later, he decided to join the military police after sustaining an injury in Holland, becoming their youngest ever sergeant.  While serving in the Military Police Charles assisted the hangman Albert Pierrepoint in the Nuremburg trials.

In 1966 Charles left the forces. He worked within the Civil Service as a Resettlement Officer for disabled people from 1967 until retirement in 1987. During his 20 years as a Resettlement Officer, Charles would travel once a week to the RBLI Village in Aylesford – where half a century later he would live, helping disabled people find work in the onsite social enterprise, now known as Britain’s Bravest Manufacturing Co.

Charles joined the infantry in December 1942, aged 16, he lied about his age in order to join the military early.

For his heroics in Normandy, he was awarded the Legion d’Honneur.