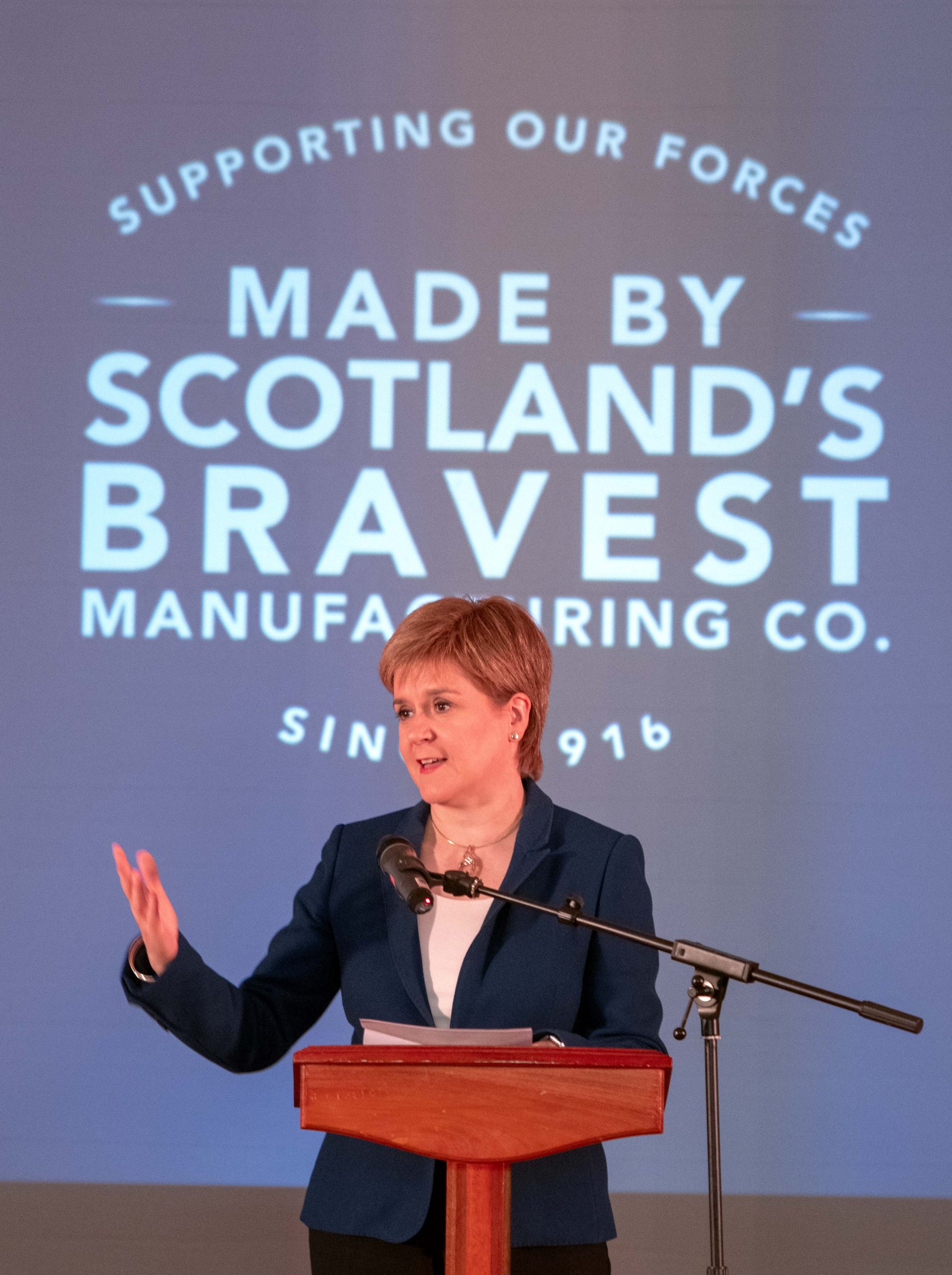 Scotland’s Bravest Manufacturing Company (SBMC) will provide employment and support for up to 150 former military personnel over the next three years. The Bishopton factory produces commercial signage and bespoke engineering, as well as supplying fulfilment, print and mailing services.

Speaking at the event, Ms Sturgeon said: “The activities of Scotland’s Bravest Manufacturing Company are invaluable. I congratulate them on their on-going work that is supporting so many ex-service personnel and their families.

The Scottish Government is committed to ensuring that the Armed Forces and Veterans community are able to access the best possible care and support, we are adamant that no one should suffer disadvantage as a result of their service.

We greatly appreciate the work carried out with, and on behalf of, Veterans by organisations such as Scotland’s Bravest Manufacturing Company. It really brings home Scotland’s commitment to supporting our Armed Forces community during the transition into civilian life and beyond.”

She also met with veterans including William Baillie who was medically discharged from the RAF in 2000 after almost a decade-long career. Due to the onset his illness and further physical problems, William had not worked until finding Scotland’s Bravest Manufacturing Company.

William said: “You can tell what is happening here at SBMC is incredibly unique and exciting and that’s evident by the First Minister kindly taking the time to open the factory.

I am incredibly thankful to have come across Scotland’s Bravest Manufacturing Company. I’m seeing veterans from a range of backgrounds all of whom are facing their own unique challenges come here and find a totally new lease of life.”

SBMC began production in summer 2018 and has a client list that includes BEAR Scotland, Amey, Balfour Beattie and Network Rail along with many of the Scottish Local Authorities. As a not-for-profit organisation, all surplus revenue made by SBMC is channelled back into the enterprise to further employment opportunity to veterans.

The development was a response to a study into the employment support needs of Scottish veterans, which found that ex-service personnel are more than twice as likely to be unemployed as civilians across the country[1].

Michelle Ferguson, Director of SBMC, said: “We have enjoyed magnificent support from across the Scottish government since our foundation in our mission to provide fully supported, flexible working opportunities to our country’s veterans and help them regain independence.

So we are delighted the First Minister was able to perform our official opening and see first-hand the work we are doing here to provide a genuine lifeline to vulnerable veterans, many of whom have been wounded in the service of this country. It was a pleasure to welcome her and I know the team here has taken great encouragement from her invaluable support.”

Scotland’s Bravest Manufacturing Company is a division of Royal British Legion Industries (RBLI) which celebrates its centenary this year, having been formed in 1919 to provide support for sick and wounded veterans returning from the battlefields of the First World War.

We have 100 years’ worth of experience in providing veterans, particularly those who face challenges due to physical and mental disability, with rewarding and sustained employment, in industry-leading environments, helping them to regain their independence.

We are immensely proud to be working collaboratively with Scottish Charities, commercial organisations and the government to provide the best opportunities for veterans.”