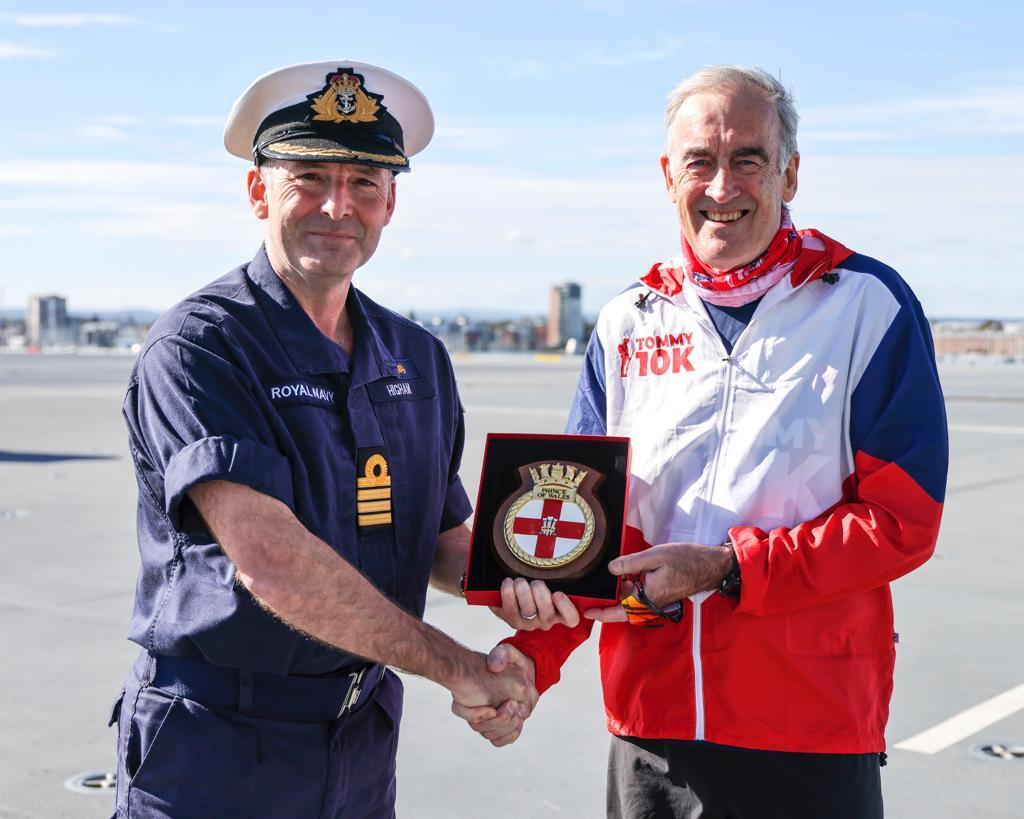 The crew of one of the Royal Navy’s leading aircraft carriers joined forces with Royal British Legion Industries to launch a national fundraising campaign which aims to raise vital funds for the military charity.

On Wednesday 6th October, more than 60 crewmembers of the HMS Prince of Wales took on RBLI’s Tommy 10k challenge which encourages participants to run, walk or ‘wheel’ 10 kilometres over the coming Remembrance period to fundraise for ex-service personnel and their families.

Crewmembers took part in the challenge on the ship’s 280 metre-long flight deck, which has space for three full-size football pitches. Joining them was RBLI’s Chief Executive Steve Sherry CMG OBE.

The Tommy 10k, so named after RBLI’s iconic Tommy figure, first launched at the height of the pandemic in November last year with more than 2,000 taking part to help to raise more than £250,000 for vulnerable military veterans during the pandemic.

This year however, Royal British Legion Industries are looking to mobilise Armed Forces units, regiments, crews, bases, stations and garrisons to take part, calling on them to raise £5,000 in return for naming rights to a room of the charity’s new Centenary Village.

RBLI currently provides support to more than 11,000 people every year, through employment, welfare, care and housing services. The charity’s current Kent village is home to more than 300 veterans and their families through a range of emergency, family and assisted living accommodation as well as high dependency care homes. RBLI also operates two social enterprise factories, Britain’s Bravest Manufacturing Company and Scotland’s Bravest Manufacturing Company, based in Kent and Glasgow respectively, which provide employment opportunities to injured veterans and people with disabilities.

The HMS Prince of Wales is one of the most powerful surface warships ever constructed in the UK, with a flight deck of 70 metres wide and 280 metres long. The 65,000 tonne ship holds a minimum of 700 crew members which rises to 1,600 with aircraft on board. 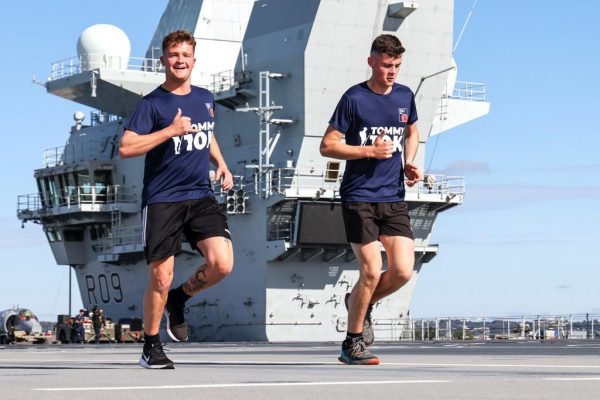 To sign up the Tommy10K and help raise vital funds for the country’s most vulnerable veterans, visit www.rbli.co.uk/rbli-events/tommy-10k/

Credit to the Royal Navy for all photography used in this article and to Forces Network for their coverage of the event (https://www.forces.net/video?videoId=6275858286001)