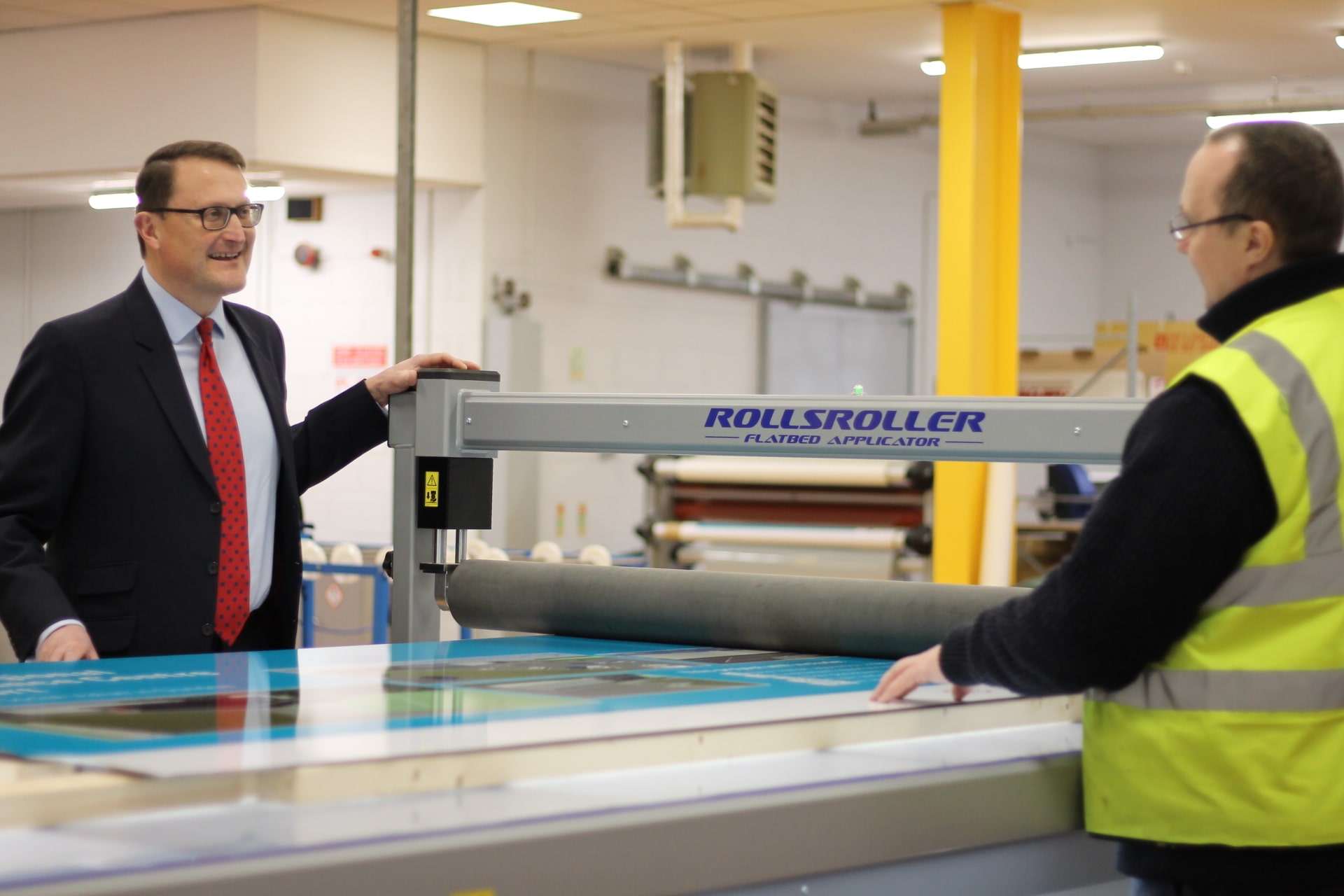 RBLI’s most recent move into he social enterprise space, Scotland’s Bravest Manufacturing Company, welcomed a visit from the Scottish Veterans Commissioner, Charlie Wallace, ahead of its official launch later this year.

The visit to SBMC is one of Charlie Wallace’s first appointments since he took up the Scottish Veterans Commissioner role in late 2018. As Commissioner, he aims to improve the lives and opportunities available to the veterans’ community in Scotland through providing impartial advice to the Scottish Government and public sector organisations.

He said: “Whilst we are lucky in Scotland to already have a wealth of veteran friendly employers, there is a requirement for more organisations and businesses to recognise the pool of talent our ex-Armed Forces personnel offer in civilian workplaces.”

“SBMC is an outstanding example of how our veterans can transfer their military skills into the workplace, learn new skills and thrive. As the first of its kind in the UK, it’s encouraging to see Scotland pave the way in providing dedicated Armed Forces enterprises which are ultimately a lifeline to many veterans and their families. I’d like to see more employers and organisations across Scotland take action in championing an Armed Forces recruitment programme.”

Having already secured contracts from clients including Network Rail and Amey Scotland, as well as recently being awarded both the Scotland Excel Signs and the Scottish Government Supported Business Signs Frameworks contracts, SBMC plans to grow its current team of 13 to 150 over the next three years.

Former soldier Gary Jamieson lost three limbs whilst on tour in Afghanistan three years ago and is one of the first veterans to train at Scotland’s Bravest Manufacturing Company.

Gary said: “Scotland’s Bravest Manufacturing Company has offered me and the other veterans employed here a real opportunity to develop our skills and achieve great things.”

“The tailored and flexible employment available is a genuine lifeline for Scottish veterans who have left the forces, particularly those with life-changing injuries and hidden disabilities.”

“We are all incredibly proud to have the support of the Veterans Commissioner and greatly appreciate him taking the time to visit us here today.”

Whilst at the Erskine estate, the Commissioner extended his visit to neighbouring veterans charities Bravehound and Erskine to meet with volunteers, staff and ex-military personnel.