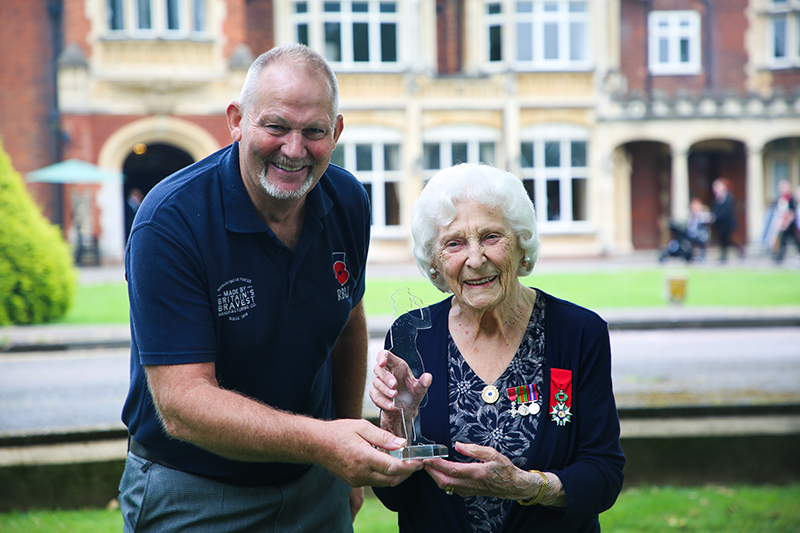 A Bletchley Park codebreaker was the first recipient of a new military figure made by injured veterans as part of a national campaign recognising the efforts of women’s service in the Armed Forces.

The first to receive the figure was 98-year-old Charlotte ‘Betty’ Webb. At just 18, she joined WW2 codebreaking centre Bletchley Park to help intercept and crack German war messages. Veteran Steve Hammond, who joined RBLI’s factory after sustaining life-changing injuries during the Falklands war, had the honour of presenting the figure.

Betty, who recently received France’s highest military honour the Legion d’Honneur, accepted the figure on behalf of Bletchley Park, which saw women from across the Armed Forces and civilians play a vital role in the British war effort. Today, Bletchley Park is a museum and heritage attraction, telling the story of veterans, like Betty, who kept their wartime work secret for decades. 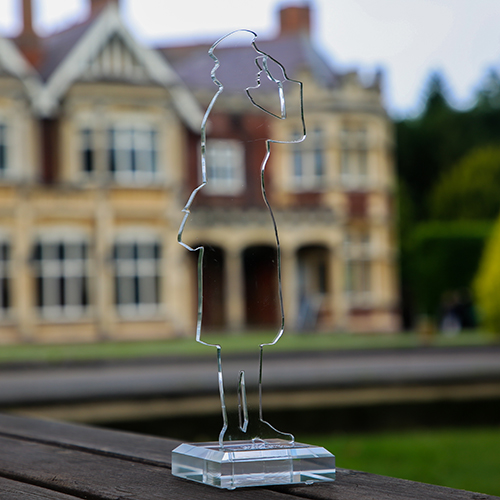 RBLI’s ‘Women in War’ campaign has received widespread support including from the first woman to command a British Army brigade, Major General Sharon Patricia Nesmith. The campaign’s iconic female figures have also been made available for the public to purchase via the charity’s online shop. Every penny raised through their sale goes directly to support RBLI’s welfare, accommodation, and employment services for military veterans and their families.

This latest campaign comes after RBLI’s 2020 ‘Tommy in the Window’ campaign which saw tens of thousands of Tommy soldier figures sold for the anniversary of 75th VE Day, raising more than £1m for the charity.

Rebecca Foy, Director of Public Engagement at Bletchley Park Trust said: “We are delighted that one of our veterans, Charlotte Webb, was able to receive RBLI’s ‘Women at War’ figure on behalf of all the women who worked for Bletchley Park, both here and overseas.

“Around seventy-five per cent of the workforce at Bletchley Park were female, and they played a vital role, from collating intercepted enemy messages, to operating the Bombe machines, to working as cryptanalysts. It’s great to see their work recognised, and those of all the women who have served through the armed forces and civilian roles.” 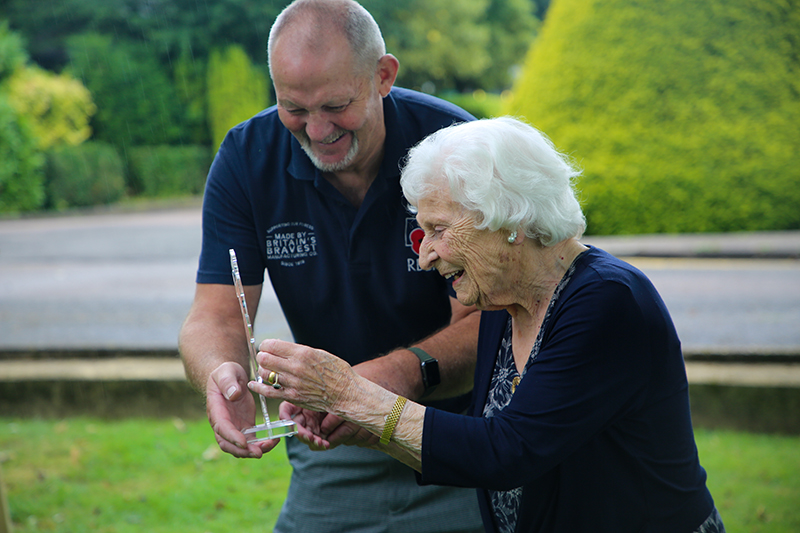 Falklands veteran Steve Hammond said: “It was an honour and a privilege to present the very first Women in War figure to Bletchley Park – and for Charlotte to be the representative to receive it was just fantastic.

“The contribution of the women at Bletchley Park was unbelievable and it is still felt there to this day. What we hope this campaign can do is give servicewomen everywhere the recognition they deserve – whilst also raising vital funds for veterans through RBLI.”

“We are incredibly proud to working on this project, and we very much hope the public can get behind us.”

To get a Women in War figure and to find out more about the campaign, visit www.rbli.co.uk/women-in-war