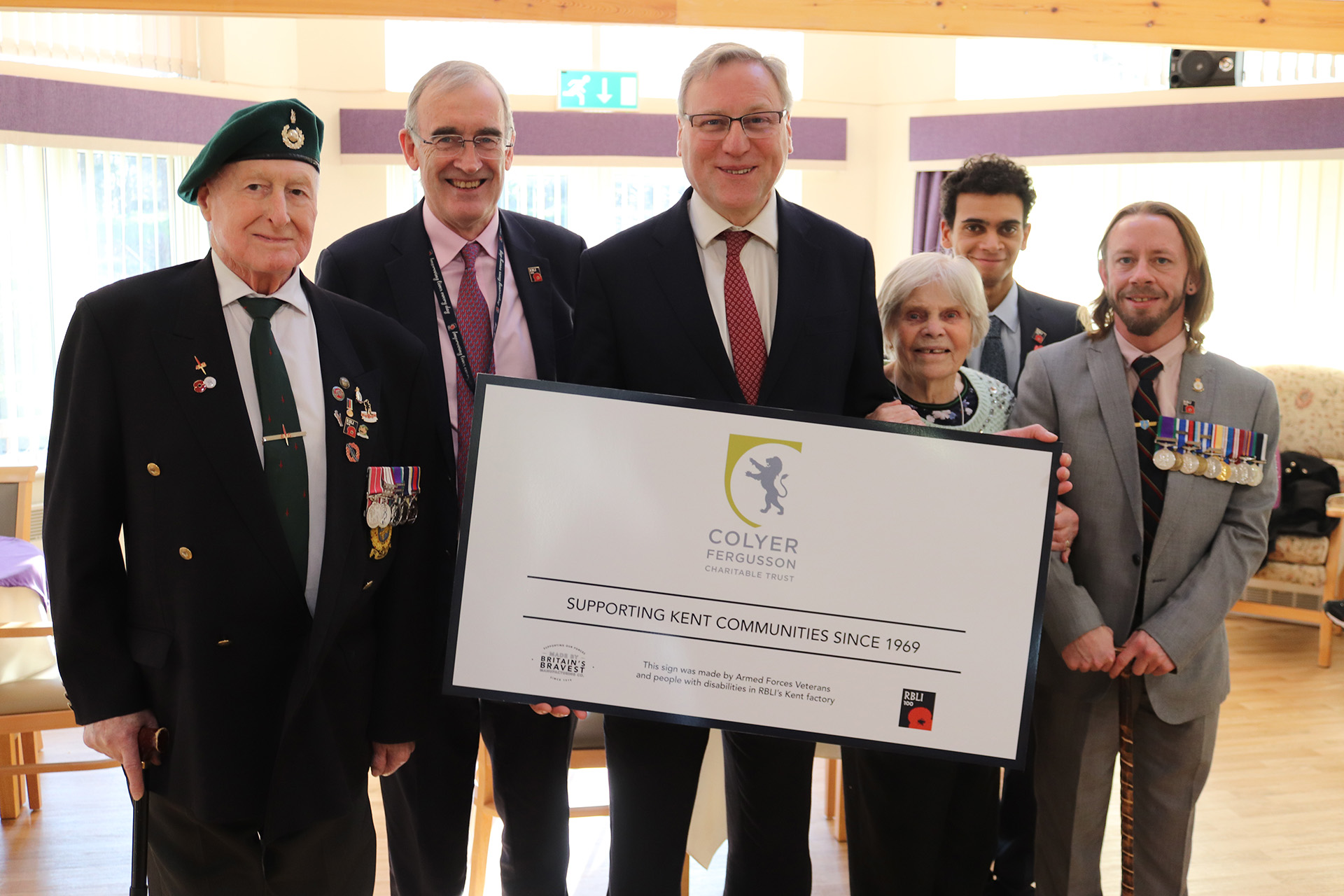 Royal British Legion Industries Centenary Village which will provide a home to hundreds of vulnerable veterans every year has moved one step closer with a £500,000 donation from the Colyer-Fergusson Charitable Trust.

To mark its centenary year, Royal British Legion Industries (RBLI), which was formed in 1919 to provide support to sick and wounded soldiers returning from the First World War, launched a £22 million appeal to build its Centenary Village.

The new village will consist of 22 apartments, each designed to be fully accessible and house single veterans in urgent need, 16 new family homes, and a further 24 assisted-living apartments. At the heart of the new development, which will sit alongside RBLI’s existing village, care homes and social enterprise factory, will be a state-of-the-art community centre with training and skills suites where veterans can retrain after their service career.

The second stage of the development, which also includes newly-opened luxury care facility Appleton Lodge, was launched in November by Her Majesty the Queen. Her Majesty laid a time capsule at the Centenary Village site to be opened in 100 years.

“”Positive communities change lives for the long term. The RBLI Centenary Village will be a wonderful community for people to call home…â€ – Nicholas Fisher, Chairman of Colyer-Fergusson Charitable Trust

This latest grant from Colyer-Fergusson Charitable Trust completes the grants that it made during its own 50th Anniversary year. The Trust has made more than 4000 grants totalling more than £50 million to improve the lives of disadvantaged people in Kent since its establishment in 1969.  It celebrated its milestone year with record-breaking support for the county, donating more than £5m to charities and organisations supporting the most disadvantaged people in the county.

Nicholas Fisher, Chairman of Colyer-Fergusson Charitable Trust: We have been supporting projects that not only make a difference today, but will leave a lasting legacy throughout Kent. We are delighted to have made such an impact during our 50th Anniversary year with a range of immensely important projects across the county that will transform people’s lives. Positive communities change lives for the long term, the RBLI Centenary Village will be a wonderful community for people to call home, rebuild their lives and skill sets, and regain their independence.

Steve Sherry CMG OBE, RBLI Chief Executive said: The Colyer-Fergusson Charitable Trust have had a phenomenal impact on the lives of disadvantaged people across Kent and we cannot thank them enough for their support in this crucial stage of the Centenary Village fundraising campaign.

Construction is underway, the finish line is in sight and with Colyer-Fergusson on board, we’re more confident than ever that others will join us in this campaign and help build a real community for this country’s veterans and their families.