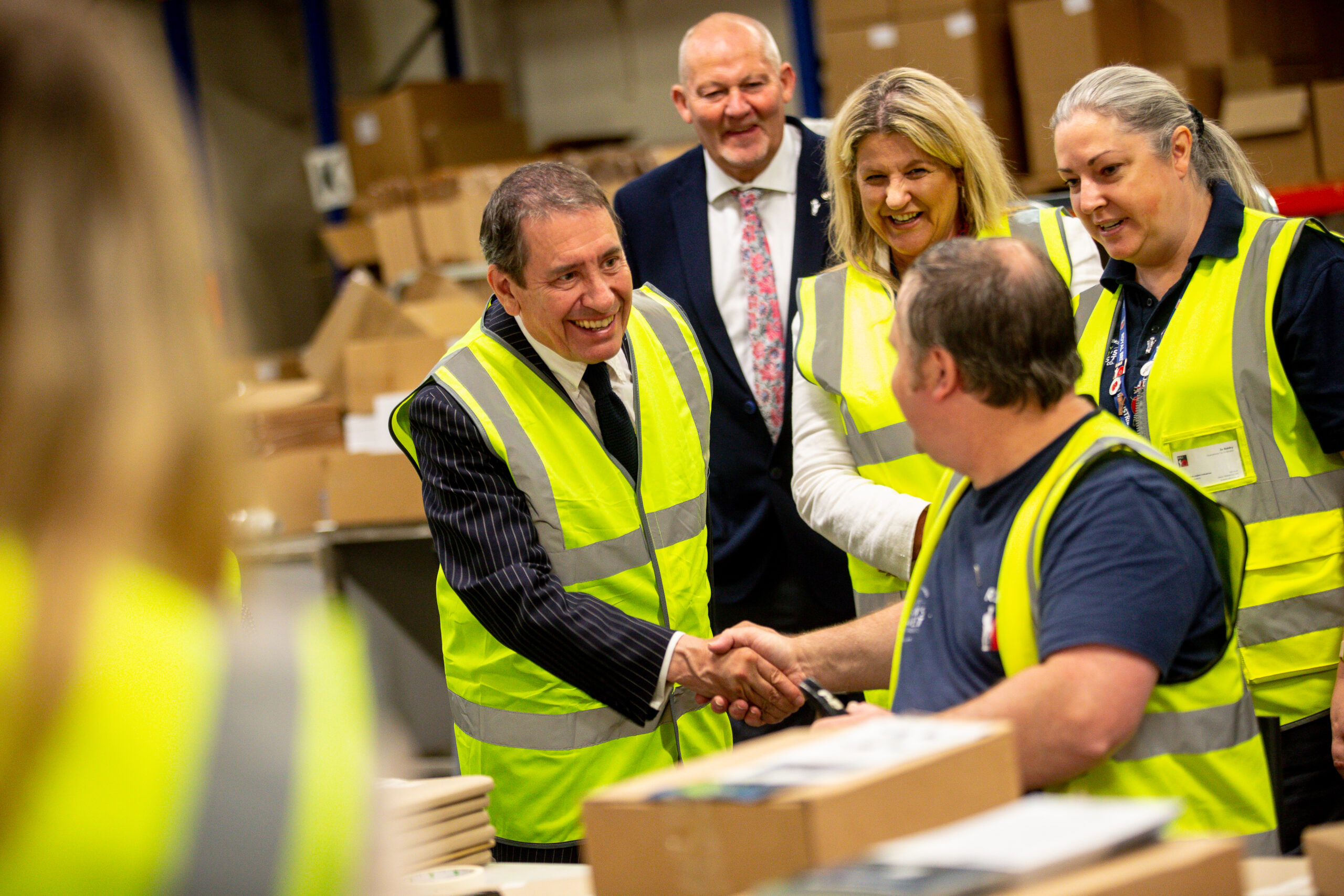 Jools, along with councillors of his home village, Cooling, visited to pick up four plaques which will signify the planting of 70 trees as part of the Queen’s Green Canopy –  a tree-planting initiative launched in line with Her Majesty’s platinum Jubilee. 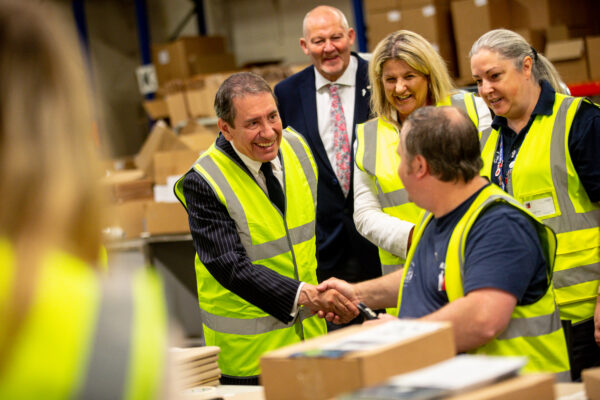 The famed pianist toured RBLI’s Aylesford social enterprise, Britain’s Bravest Manufacturing Company, where he met the veterans and people with disabilities who have been commissioned to produce official plaques for the Jubilee project.

The team, along with veterans of RBLI’s other social enterprise, Scotland’s Bravest Manufacturing Company, have together produced more than 2,000 plaques raising more than £250,000 for RBLI’s life-changing services. 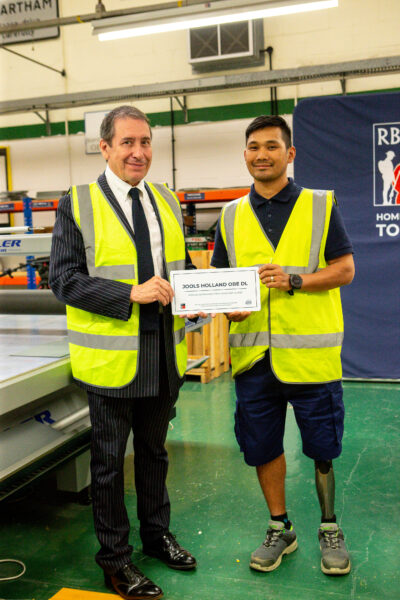 Jools Holland presented with a plaque. Photo by Matt Bristow.

Jools said: “To be able to mark the Jubilee in some way, it’s a great honour to be able to do that.

“I think it’s great that we can put trees in and the sign will be there.

“Small children running around our village now will see them and then when we’re all gone and they’re grown up, they’ll still be there.”

Speaking of the charity’s work, Jools added: “I hadn’t seen the work they were doing here and I’m just so amazed with the signs and the amount made.

“I had no idea how much they were doing – they do all the signs for Network Rail, the M25, signs for villages. The way they’re doing it is so great.” 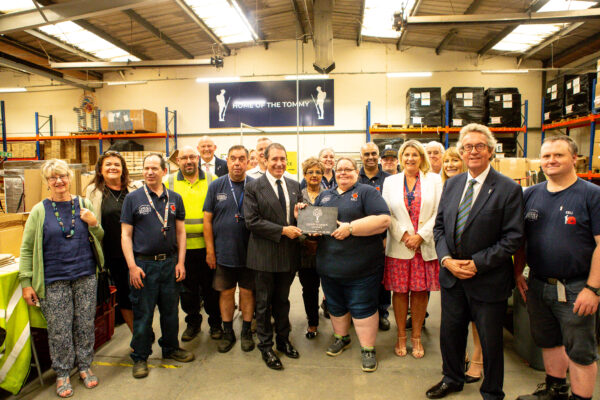 Jools first became associated with RBLI back in 2020, when he agreed to become a Founding Patron of RBLI’s national veteran supporters club, the Tommy Club.

“As we plant trees today, they’ll be here for 100s of years.

“We’re so proud to be part of it and to be the organisations that is producing the plaques – it means so much to us all.

“We cannot thank Jools and representatives of Cooling Parish Council for taking the time to visit us.” 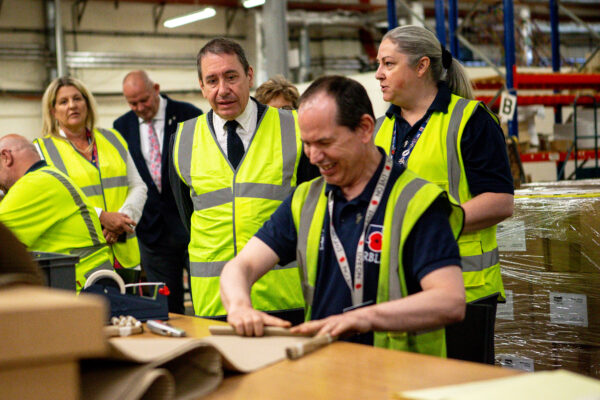