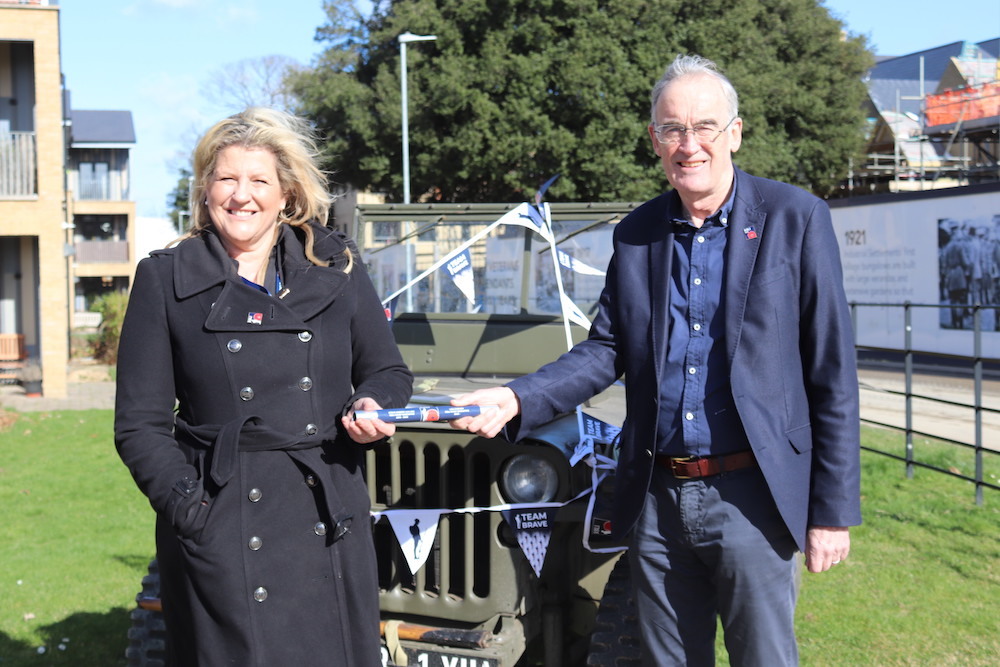 After his final day, and having been paraded through the RBLI village aback a Second World War Jeep to wave farewell to veterans, residents and charity staff alike, Steve said: “I am immensely proud of all that RBLI has been able to achieve over my 12 years here. We have supported tens of thousands of disadvantaged military veterans and people with disabilities across the UK.

“Our growth and our successes are not down to me, but down to the unwavering dedication of the whole RBLI team, as well as the phenomenal support we have received from our customers, donors, corporate partners, charity partners, local authorities and individual supporters.”

“I leave RBLI at this exciting time in the extremely capable hands of Lisa Farmer. Her background in care, disability education and business development is exactly the right mix for RBLI’s services and ambitions.

“I know Lisa will serve the charity and its supporters with determination passion and will take RBLI’s successes to even greater heights.”

Lisa first joined RBLI six years ago since when she held positions as Director of Strategic Development and latterly Deputy Chief Executive. During her tenure at RBLI, Lisa has been instrumental in broadening the charity’s beneficiary reach which now numbers more than 10,000 every year, and has secured more than £34 million in funding to dramatically expand the charity’s care provisions for military veterans and national employment support services.

Lisa has also led the charity’s most ambitious project in its more than 100-year history, the Centenary Village – a £22m development which when complete will see RBLI provide a home to hundreds more veterans every year for the next 100 years. The development will include 22 apartments, each designed to be fully accessible and house single veterans in urgent need, 16 new family homes, and a further 24 assisted-living apartments. At the heart of the new development, which will sit alongside RBLI’s existing village, care homes and manufacturing facility in Kent, will be a state-of-the-art community centre with accessible gym. The second phase of the project, which was officially launched by Her Majesty the Queen during a royal visit in 2019, is due for completion later this year.

Lisa Farmer said: “As RBLI embarks on another incredible period of growth, I am thrilled to begin my new role as chief executive and lead the charity to further success. There are a number of fantastic campaigns already underway to support the veteran community, their families and other individuals, as well as new opportunities to enhance our vision to help so many others who can benefit from our support.

“I would like to express a huge thank you to Steve Sherry CMG OBE. Without his commitment and dedication as chief executive, RBLI simply would not have experienced the historic level of success it has over the past 12 years. I am honoured that Steve and the board have entrusted me to lead the charity forward as we enter into this exciting time ahead and I can’t wait to get started.”