RBLI’s village for vulnerable veterans gets boost from BAE Systems 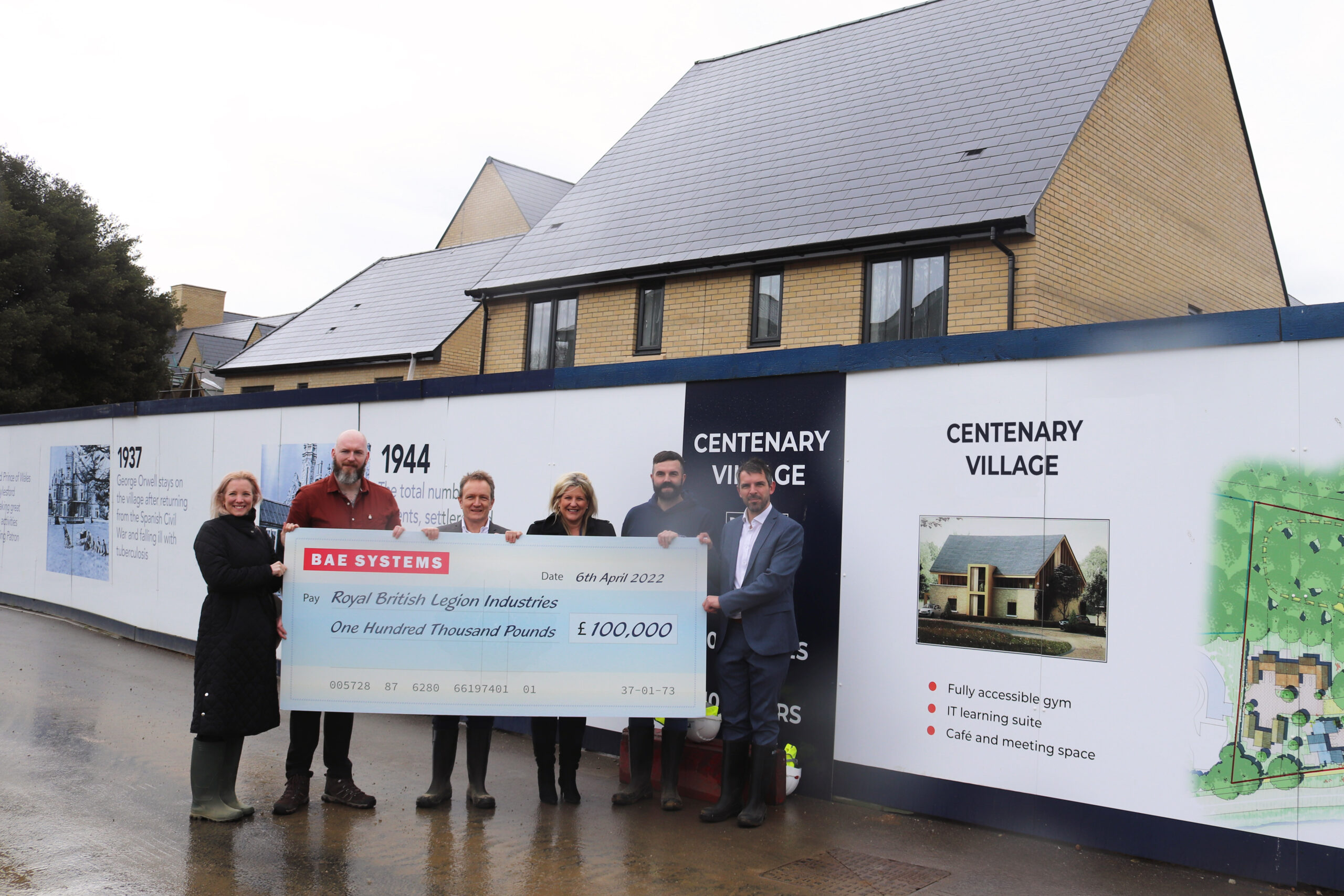 RBLI’s Centenary Village, based on Hermitage Lane, Aylesford, is a £22m development which when complete will see the charity provide a home and welfare support to hundreds of disadvantaged ex-servicemen and women every year for the next 100 years.

The site, due to open later this year, will comprise 22 adapted apartments for veterans in urgent need, 16 new family homes, and a further 24 assisted living apartments for older veterans. Future construction will also see a state-of-the-art community centre with accessible gym built on the site.

BAE Systems has pledged its support of the project – as well as the charity’s ‘move on’ care pathway model which helps progress homeless veterans from the charity’s emergency accommodation into its more independent housing.

To mark the gift, Dave and Chris then signed a message of support into the brickwork of a Centenary Village house before placing the final plaster panel making it ready for [number] veterans currently living in RBLI’s emergency accommodation to move in.

BAE Systems Rochester Site Director Dave Banks said: “We are immensely proud to be supporting this nationally significant village project right in the heart of Kent.”

“It is no secret that military veterans can face immense challenges upon leaving the Armed Forces, or perhaps even many decades later. It is vital that people are there for them to provide the support they deserve – and that’s what RBLI do.”

“Their move on model is specifically designed to help veterans who have fallen on incredibly hard times regain their independence and essentially restart their lives. It will be truly life-changing.”

RBLI’s Chief Executive Lisa Farmer said: “We have seen the demand for our homeless support services increase dramatically over the past year. Last year saw 45% more veterans come forward needing our help compared to the year before. Considering more than 6,000 veterans are estimated to be living on our streets, the support from BAE Systems has never been more important.”

“We cannot thank BAE Systems enough for their generous gift and we are proud that Kent organisations are rallying to support this project which will be a beacon of light for veterans in need all over the country.”